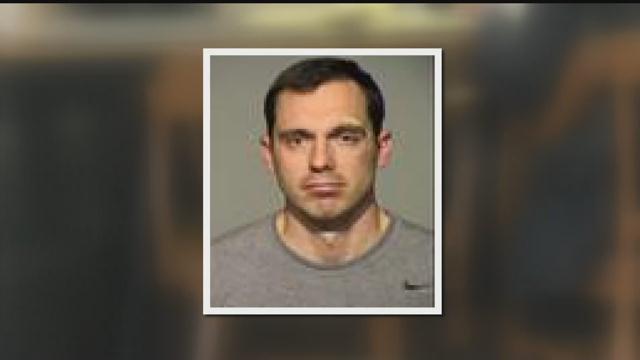 The court has no idea where the man accused of the crime is. Dorgay was in court on Monday for the beginning of the proceedings, but he didn't show up on Tuesday.

Officials believe he cut off his monitoring bracelet, which was later found.

"This is a trial where we don't have a defendant. We don't have
a person sitting here on trial in front of you," said Nathan Opland-Dobs, Dorgay's Defense Attorney.

"That court order that he shall attend all court hearings. He has to show up. This is not an invitation kind of situation," said Jennifer Williams, Prosecuting Attorney.

The trial continued without Dorgay, and around 3 p.m. on Thursday, the jury was sent off to deliberate.

In July of 2014, Dorgay was in a hotel with his girlfriend. According to a criminal complaint he hit and strangled her, forcing her to write a letter recanting an earlier crime she accused him of. After that, officials say he raped her.

Dorgay's absence ended up playing a part in the trial.

"They found a gps bracelet cut off, tossed into a field, and that he is not here. The state asks you to interpret that as consciousness of guilt... that's speculation. We don't know why Mr. Dorgay is not here," said Nathan Opland-Dobs, Dorgay's Defense Attorney.

"The defendant chose to continue to manipulate this system by cutting off his gps bracelet, and fleeing Milwaukee, or at least fleeing supervision. Where he was, what he's doing... why? Because he knows better than us just how guilty he is," said Jennifer Williams, Prosecuting Attorney.

The plan is to deliver a verdict, regardless of whether the defendant is at court.

Dorgay faces similar charges in Lincoln County. He is set to appear there on August 25.