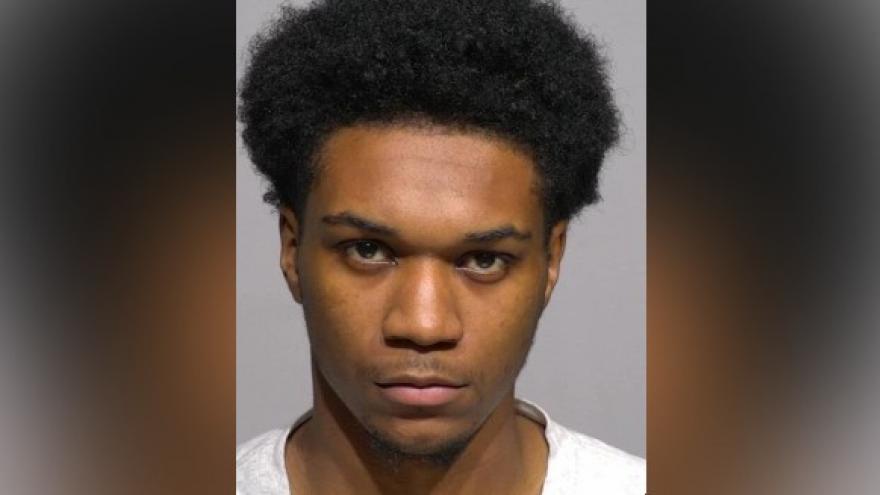 MILWAUKEE (CBS 58) -- An 18-year-old man is facing nine criminal charges for his alleged role in a carjacking and a series of armed robberies on Milwaukee's east side.

Records show that Terrance Lamont Newburn is charged with the following:

According to a criminal complaint, Newberry was involved in three separate incidents on Sept 4. and one on Sept 9.

The first incident outlined in the complaint occurred near Newberry and Murray Avenue around 12:20 a.m. on Sept. 4. A male victim said he was sitting in his car when a Jeep pulled up alongside him. He said a man with a handgun got out of the front passenger seat and yelled at him to get out of the car, grabbing the door handle. The victim told police he put his vehicle into drive and sped away.

The complaint states that the suspects then went on to target another man in his vehicle around 12:30 a.m. near Cramer and Locust. The victim told officers that two men got out of a Jeep, and one pointed a gun at him. He said the gunman took his cell phone before speeding away.

Prosecutors say a third incident also occurred around 12:30 a.m. near Frederick and Belleview, when a woman was approached by the suspects while unloading her car. She said a Jeep stopped at the intersection, and a front passenger and rear passenger got out. The woman told officers one of the men put a gun to her head and told her to drop everything. She said they took her purse and told her to run, before taking off in the Jeep.

Around 12:45 a.m., police located a car matching the suspect vehicle's description at a gas station near Capitol and Holton. The Jeep exited the gas station and went through a red light, accelerating to high speeds and refusing to stop for the squad car. Officers reportedly lost sight of the Jeep near 55th and Villard.

Later that morning, a man reported a suspicious Jeep parked in his driveway near 56th and Hampton. Investigators discovered that the Jeep was stolen out of Dane County and matched the description of the suspect vehicle.

Court documents indicate that on Sept. 9., a male victim who is an acquaintance of Newburn, agreed to pick him up and give him a ride. The victim told officers that when he arrived, Newburn got in the car and robbed him at gunpoint. He said a second individual then got in the car and put another gun to his head, demanding his phone. A third suspect also reportedly pointed a gun at the victim, while a fourth ordered that he open his trunk. The victim said the four suspects then took off in his car.

Police located Newburn on Sept. 12 and attempted to stop him in a vehicle near 68th and Villard. Newburn reportedly sped off and led officers on another pursuit, at times driving into oncoming traffic. Police say the pursuit was terminated.

He is due in court for a preliminary hearing on Sept. 25.