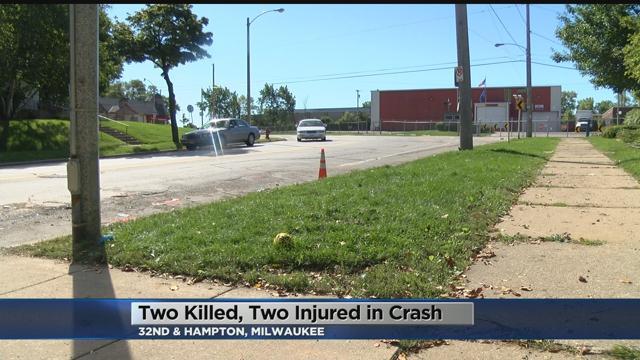 A Milwaukee man has been charged for the crash that left two women dead and another on a ventilator.

The accident occurred in the 4600 block of North 32nd Street on Sunday.

According to one of the women’s sister they were driving from a club to an after party.

The SUV lost control trying to turn right onto North 32nd Street. The SUV began spinning as it traveled through the curve. It then collided with a utility pole then struck a curb and flipped over.

Another woman had part of her left arm amputated and she did not regain consciousness. According to the criminal complaint, she is breathing with the assistance of a ventilator.

The defendant had a suspended driver’s license at the time of the crash.