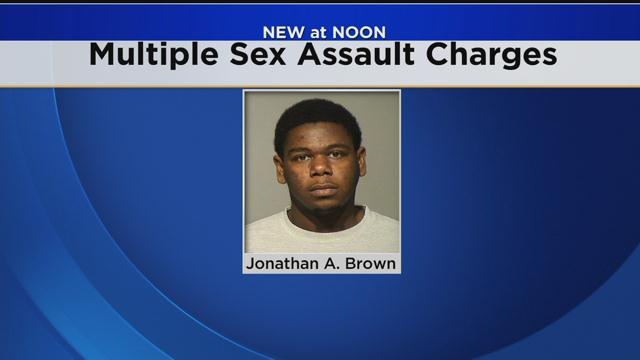 A Milwaukee man is charged with grabbing women off the street and sexually assaulting them.

Jonathan Brown is facing six counts in connection with 3 attacks, including one election day involving a poll worker

Brown is being held here on $500,000 cash bail for a series of alleged assaults that took place earlier this month.

The 21-year-old is accused of violently forcing three different women to have both oral sex and sexual intercourse with him.

According to the criminal complaint, one woman was attacked when she was on her way to work the polls on Election Day.

Another woman was attacked after stopping to pick up a birthday card and roses for her mother.

All three told police that brown grabbed them and then threatened to kill them if they didn't have sex with him.

The criminal complaint also says brown admitted to these assaults.

He told police he wanted to hurt these women because he is angry about his mother dying over 15 years ago.

He is expected to appear in court for his first hearing next Monday afternoon.