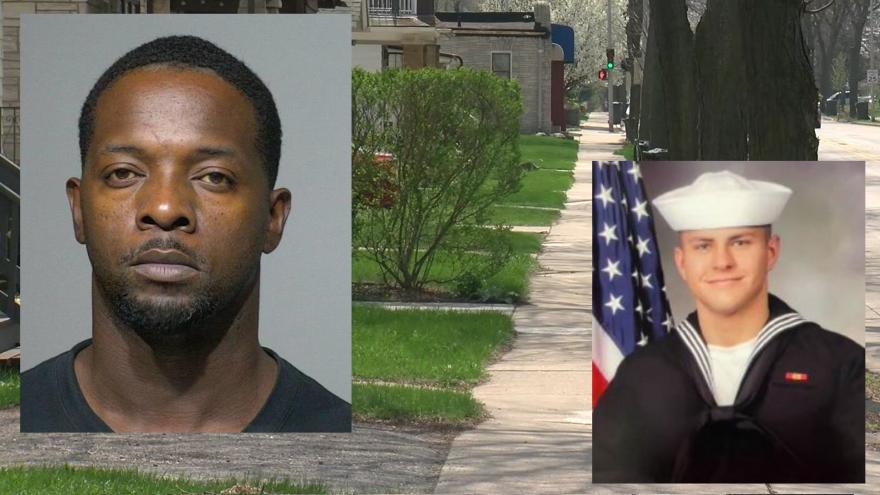 MILWAUKEE (CBS 58) -- A Milwaukee man is now charged in the shooting death of a Navy sailor in West Allis.

Thirty-six-year-old Derrick Williams faces a first degree intentional homicide charge for the death of 19-year-old Phoenix Castanon on May 8.

According to a criminal complaint, Castanon and his fiancé had been at a club earlier in the night with their friend. The complaint says their friend wanted to walk home from the club instead of getting a ride with the couple.

While she was walking home, an SUV pulled over near her on 84th and National. The driver, later identified as Williams, reportedly asked the woman if she wanted a ride, eventually saying, "Get in my car." He then allegedly got out of the vehicle and tried to grab her.

At this time, the complaint says, the friend ran in the direction of her home near 84th and Becher, where Castanon and his fiancé were waiting. The friend got inside the vehicle and Castanon drove back toward the SUV.

The complaint says Castanon approached Williams and words were exchanged. The friend reported hearing Castanon say, "I'm not going to hit you first, and if you want to do something about it get out of your car." She said he was then heard saying, "I don't have a gun. Don't shoot." The friend reported hearing a single shot coming from the SUV before Williams fled the scene.

Officers spoke with Castanon's fiancé who stated that their friend had called and said she was being followed by someone in an SUV. The fiancé said she could hear the man yelling for their friend to get inside the vehicle, so the couple went to locate the woman. She reported seeing Castanon fall to the ground after hearing a single gunshot.

Investigators obtained multiple surveillance videos capturing an SUV matching the description of the vehicle that fled the scene after the homicide. It was learned the vehicle was likely a 2007-2012 red GMC Acadia. On June 8, while investigating owners of different red GMC Acadias in the area, officers learned one of the registered owners, Derrick Williams, was stopped by Milwaukee police on May 29 after an officer observed "a firearm, a muzzle flash and an audible gunshot come from the sun roof of the vehicle."

Investigators were ultimately able to connect the firearm in Williams' car with the bullet that killed Castanon.

A preliminary hearing is set for Aug. 3.