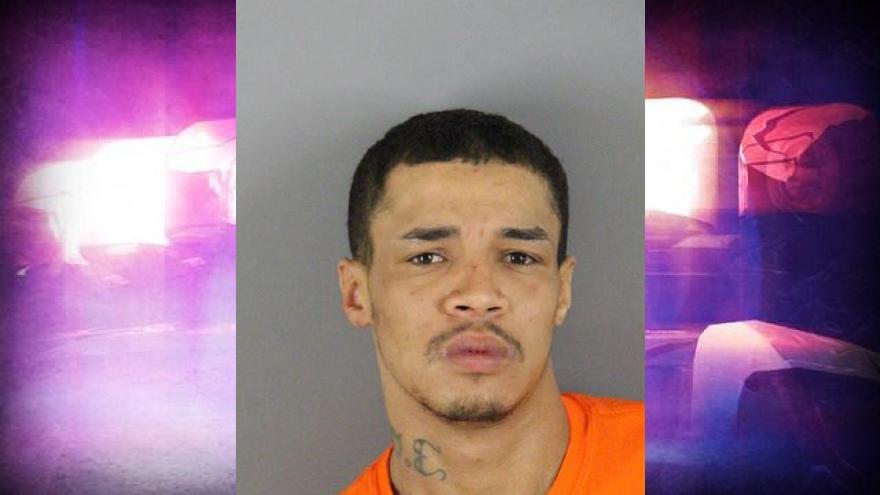 MUSKEGO, Wis. (CBS 58) -- A Milwaukee man is charged after he allegedly beat up his girlfriend who was three months pregnant and tried to hurt her unborn child while at a campsite in Muskego.

According to a criminal complaint, Wilson and his girlfriend went camping at Muskego County Park on September 14 and were drinking, listening to music, and playing cards. After Wilson's brother and friend left, Wilson is said to have become upset because his girlfriend did not want to have sex with him.

Wilson allegedly started yelling at his girlfriend, grabbed her, and began beating her up, slamming her head against the ground until Wilson's brother returned and broke it up around 11:00 p.m. Wilson reportedly continued to drink into the next morning, finishing off a gallon of liquor and accusing the girlfriend of cheating on him with another man. Wilson then allegedly slammed his girlfriend to the ground, saying he was going to kill her unborn child because she didn't deserve his kid and threatened her that if she ever tried to leave him, he'd kill her too.

The complaint says Wilson then hit her in the stomach in order to hurt her baby. The girlfriend was able to fight back and Wilson threw a beer bottle at the windshield of a vehicle she was borrowing, shattering the windshield. When the girlfriend got inside the car, Wilson tried to kick through the driver's side window but missed and dented the driver's side door, the complaint said.

Wilson continued to fight with the girlfriend until she says he was spooked by a couple walking their dog. She then called 911. The girlfriend told police Wilson is often violent when drinking, saying he had broken her arm in the past.

When the Waukesha County Sheriff's Office found Wilson, he was walking on Janesville Road east of Muskego County Park and told deputies he did not do anything wrong. Deputies say Wilson was swaying and they needed to hold him up so he wouldn't fall and hurt himself. The complaint says he tested at a .16 when taking a breathalyzer test.

Wilson has another open domestic battery case in Milwaukee County and had been released on bail on several occasions with a condition of release that he maintain sobriety.

According to court records, Wilson's bail was set at $2,500. He is due back in court on October 8.