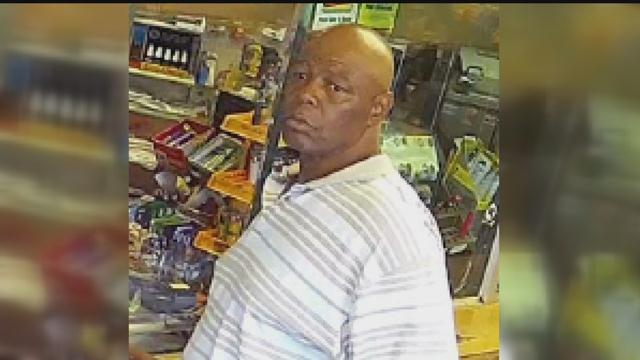 A man wanted for a series of armed robberies at senior living facilities in Greenfield has been arrested.

Police said he's a 56-year-old from Milwaukee. Authorities put his picture in the media three weeks ago, after he was caught on a gas station camera using stolen credit cards.

"He was obviously a danger to everyone that's out there," said Greenfield Police Sgt. Eric Lindstrom.

Police said those credit cards were taken from an  82-year-old woman who lived at Clement Manor in Greenfield. The suspect approached her in the parking garage, offered to carry her groceries and swiped her wallet.

"You're sickened to hear that someone is willing to take advantage of the elderly," Lindstrom said.

The suspect struck two more times, cornering his victims in parking garages of nearby senior living facilities. In these cases, police said he had a gun and threatened to kill, if the victims didn't give up their money.

On Friday, near 60th and Green Tree Road in Milwaukee, a Greenfield detective following up on one of many viewer tips, spotted their man getting into a car.

"When the detective tried to stop them to try to identify if that was the suspect, the suspect took off on foot," said Lindstrom.

But he didn't get far. With help from Milwaukee police, the man was quickly caught.

Authorities said it's another disturbing crime that is now solved thanks to the concern of the community.

"It's really hard to find people without the public's help," he said.

CBS 58 is not naming the suspect until he's been charged, which is expected to happen in the coming days.