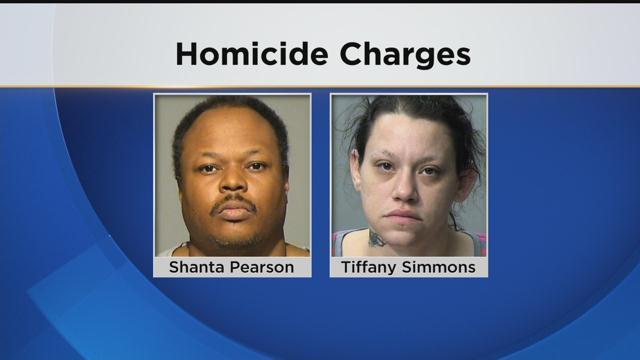 A Milwaukee man and woman now face charges after an alleged drug-fueled binge that played out across several states and included a bank robbery and murder.

Shanta Pearson and Tiffany Simmons could get life in prison if convicted on all charges.

The criminal complaint says the two are responsible for the death of Tess White from West Allis.

Prosecutors say the three were smoking crack in a car back on May 5 when Simmons and White began to argue.

Simmons told police she jumped into the back seat and began to fight White eventually choking her to death with a rope and plastic bag.

With the body in the back of the car, Pearson allegedly then robbed the TCF Bank on 76th and Bluemound for drug money.

Prosecutors say the pair then drove to South Dakota to burn the body.

After White's remains were found, it was discovered she was 2 months pregnant at the time of her murder.

Investigators were able to determine the suspects in the case had been arrested by the City of Denver Police Department on 05/11/16 due to outstanding warrants unrelated to this case.

The suspects were returned to Wisconsin on the warrants and investigators conducted interviews with the suspects.