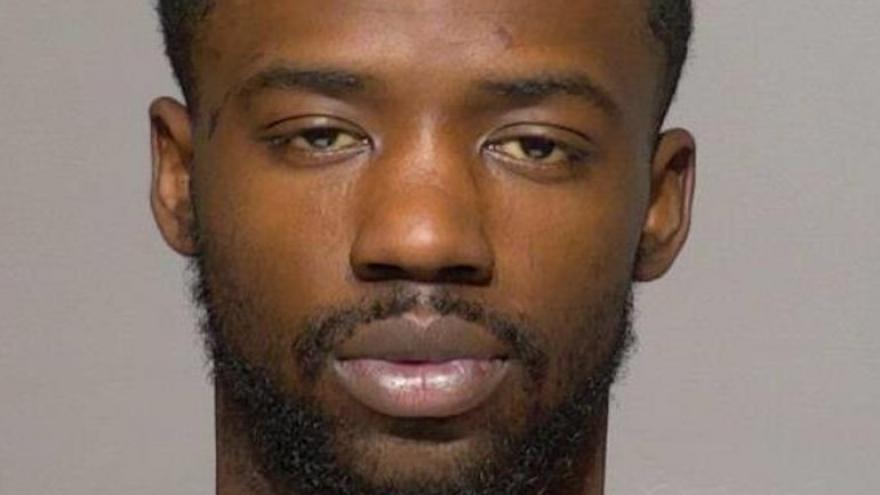 Deon Staten has been charged with the following:

On Oct. 22, authorities were called to a report of an armed robbery near 56th and Hampton. An investigation determined two victims were inside a vehicle when they were robbed while trying to sell a phone to an individual on Facebook Marketplace. The victims followed the suspects who got into a black 2004 Pontiac Grand Am; the robbers shot at the victims near 48th and Hampton and fled the area. Officials say the suspects abandoned the Pontiac and police recovered a 9mm bullet casing in the area, as well as cellphones taken from both victims in the robbery.

On Nov. 30, Milwaukee police were called to a shooting and robbery near 23rd and West Hope Avenue. A driver in a 2008 Nissan Maxima, identified as JaShawn Bell, was shot and taken to Froedtert Hospital where he died. An investigation determined Bell was shot in the head while sitting in the vehicle during a drug deal gone wrong. Bell's passenger told investigators Bell tried to drive away before he was shot, and ended up crashing after being wounded. The suspects fled the scene. Authorities located a 9mm bullet casing in the passenger seat of the vehicle, as well as a small amount of marijuana and a black digital scale. Bell's passenger was able to identify Deon Staten in a photo lineup as the shooter.

On Jan. 20, Milwaukee police were called to a homicide investigation near 24th and Vienna. A criminal complaint says Marko Stennis was found shot to death in the driver's seat of a gray 2002 Chevy Tahoe. The victim's wife told authorities they were in the area to pick up some money that was owed to Stennis. Inside the vehicle, authorities found 9mm bullet casings. Investigators determined the locations of the fired cartridges were consistent with the shooter being in the rear passenger seat of the victim's vehicle.

Authorities spoke with Staten, who admitted to being involved in the armed robbery and homicide of Stennis. He told investigators his cousin used his cellphone to call Stennis and set up the robbery. Staten stated the plan was to rob Stennis of either cocaine or money. However, during the robbery, Staten realized Stennis was armed with a gun. The victim reportedly told Staten to get out of the car, and as he was getting out his own gun started to fall out of his pants. The criminal complaint says that's when Stennis was shot in his backside before returning fire three times. Staten then ran from the scene.

This isn't the first time Staten has been in trouble with the law. Court documents reveal Staten was convicted of felony burglary in November of 2018, and driving or operating a vehicle without the owner's consent -- a felony -- in January of 2015 and November 2018.