Milwaukee firefighter who was grazed by bullet receives special recognition 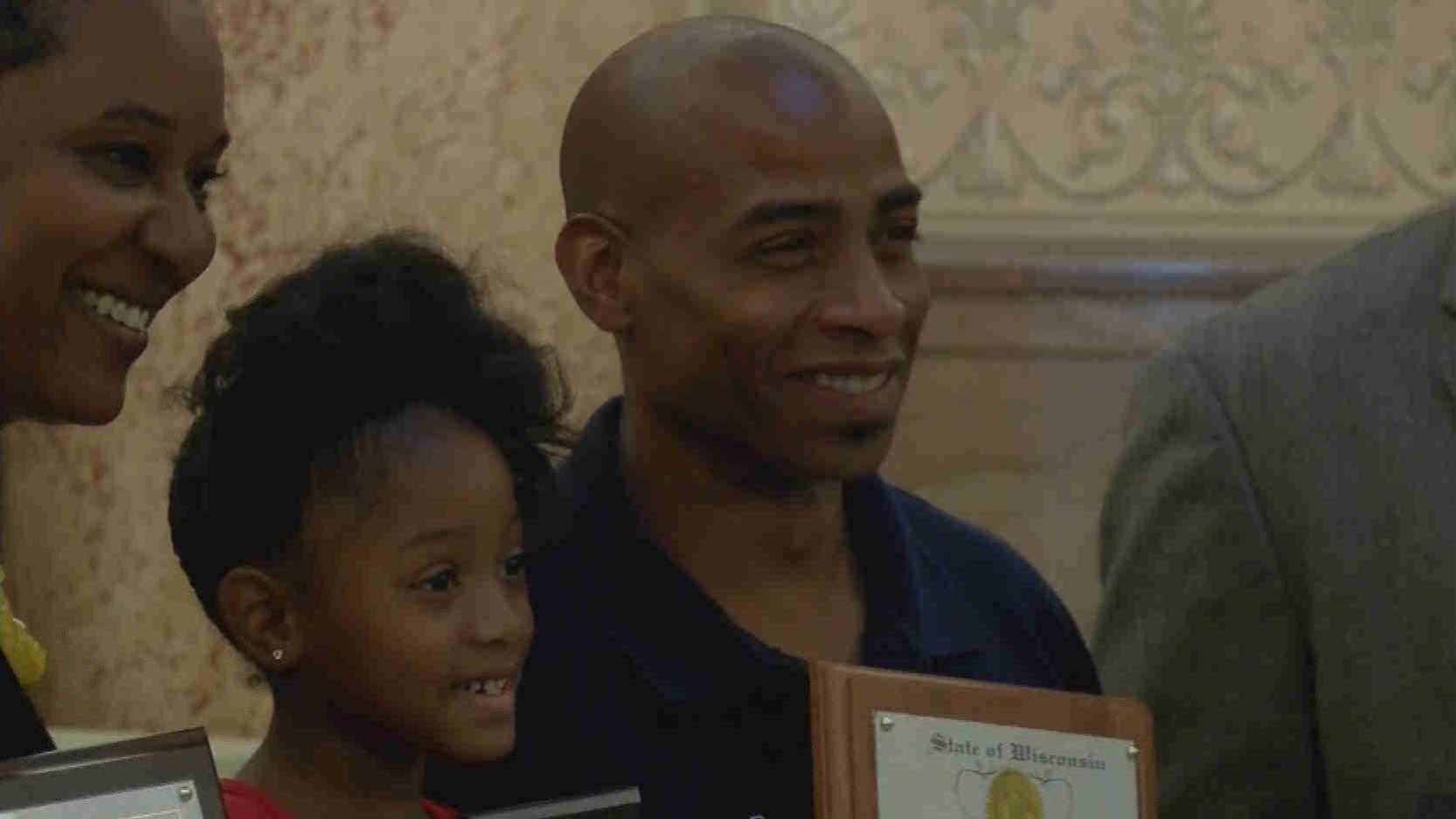 Frederick Coleman, the Milwaukee Firefighter who was grazed by bullet while out on a call in early July, received special recognition Wednesday night from both city and state lawmakers.

\"We want to thank you for putting your life on the line,\" declared State Senator Lena Taylor of Milwaukee. \"You don't have to. You chose to. For that we thank you and you are forever in our prayers.\"

Taylor presented Firefighter Coleman with two commendations from the City of Milwaukee and State Senate in Madison.

\"I pray that this does not become a standard in Milwaukee,\" said Coleman.  \"I hope this doesn't result in  firefighters having to get special training to ditch bullets.\"

The team that night continued to render aid in the face of the threat in what has been an especially violent summer in Milwaukee.

July saw the city surpass the total number of homicides from all of last year.

The \"Peace For Change Alliance\" and \"Voices Against Violence Coalition\" organized the presentation as part of its First Responders Appreciation Night.