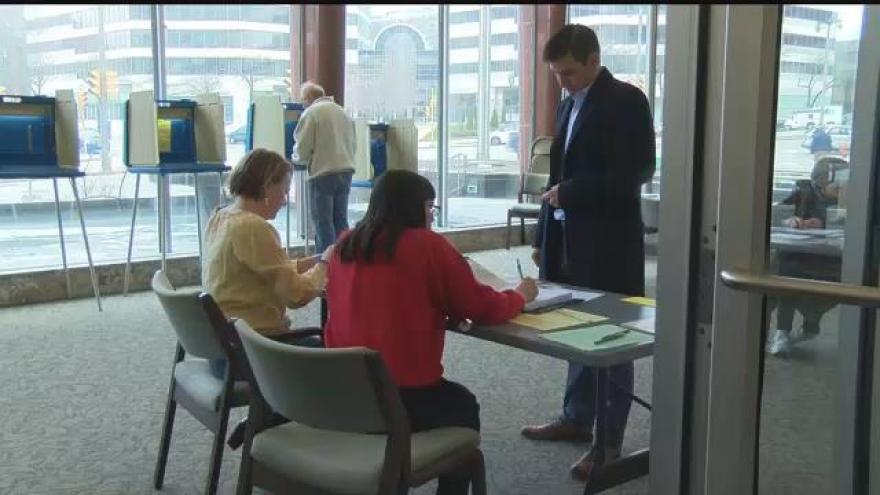 The Milwaukee Election Commission expects 20 percent of registered voters to vote in the Spring election.

According to Neil Albrecht, executive director, the morning rain kept some voters away. However, he expected the polls to pick up traffic in the evening as people get off of work.

There are some key races and question on this ballot. Tax payers are being asked to pay for roads and schools, there are judicial races, school board candidates as well as the statewide election for superintendent.

This election has 65 referendums in this election to help get more money for area schools.

\"There are other factors that we look at as well, how many candidates are running in the election, how much public awareness does there seem to be of the candidates and the offices on the ballot, are there or is there a referendum question which we do have for this election, referendum questions will often draw more voters to the polls,\" Albrecht said.

Milwaukee has 192 polling places and all of them are supplied and poll workers are trained.

\"You want voters to have a positive experience particularly the ones turnout on the less popular elections if you will because you want more people to become frequent voters,\" Albrecht said.

\"I think all elections are very important,” Neis said. “It's part of our democracy from judges, heads of education department and things like that to presidents, senators and everybody else.\"

“I think you see what the background of these people are, what their philosophy of education is, whether they’re for public education or they’re involved in the voucher system and private school subsidies and things like that,” Neis said. I think you have to think things through on what’s best for your children, your grandchildren.”

According to the State’s Election Commission, 13 to 18 percent of eligible voters to turn out for this election.