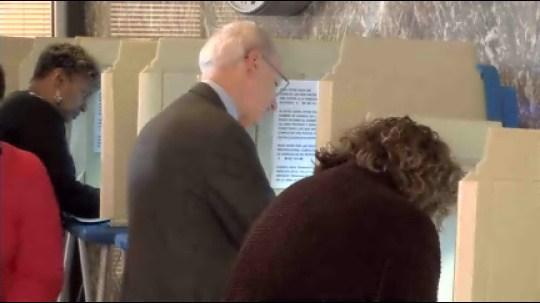 Election officials in Milwaukee are gearing up for a busy election day. More than 240,000 ballots have already been submitted across Wisconsin. But that's just a small part of the 2.5 million people who are expected to vote. The Government Accountability Board will release updated early voting numbers later Monday. But that means more than 2 million people will vote on election day which means there's a lot to get ready for.

Milwaukee is the state's largest city - which means there's a lot more preparation than other areas. The city pushed to get people out to vote early and many did. More than 15,000 voted early in Milwaukee, and more than 173,000 people voted early in entire state Wisconsin. Milwaukee Election Commission Executive Director Neil Albrecht says the last few hours are his busiest time. His staff is focused on three areas now.