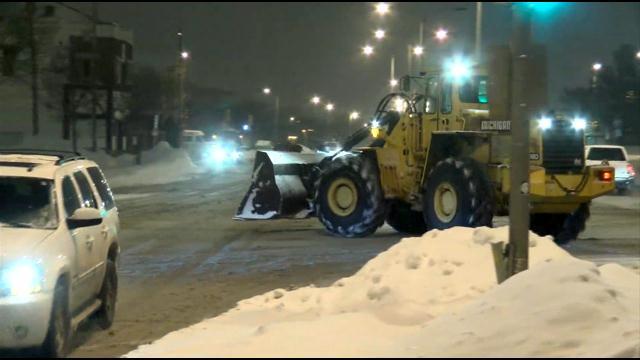 Another snowy night is keeping the Milwaukee Department of Public Works busy.  DPW said they put  90 salt trucks out on the road and are working on clearing the main streets first, before getting to residential or side streets.

This, after they gave themselves a \"C\" grade for their work during this weekend's snowfall.

There's a lot of ground to cover and a lot of opportunity for drivers to get stuck.

And that's where people like Brian Schweinert step in. He plows out side streets, parking lots and stuck cars for a living and says he thinks the city of Milwaukee actually responded quite well to this weekends heavy snowfall.

\"I say they did pretty good. I'd give them a \"B.\" They had a lot to do. There was a lot of snow it was coming fast it was falling sideways the drifts were pretty big. Sometimes it just works that way where it's really difficult to clear things out,\" says Schweinert, owner of \"Mr. Phixitall\" in Bayview.

Schweinert's tips for drivers include: don't underestimate how deep the unplowed snow is and when you park, leave room for plows to get down your street.