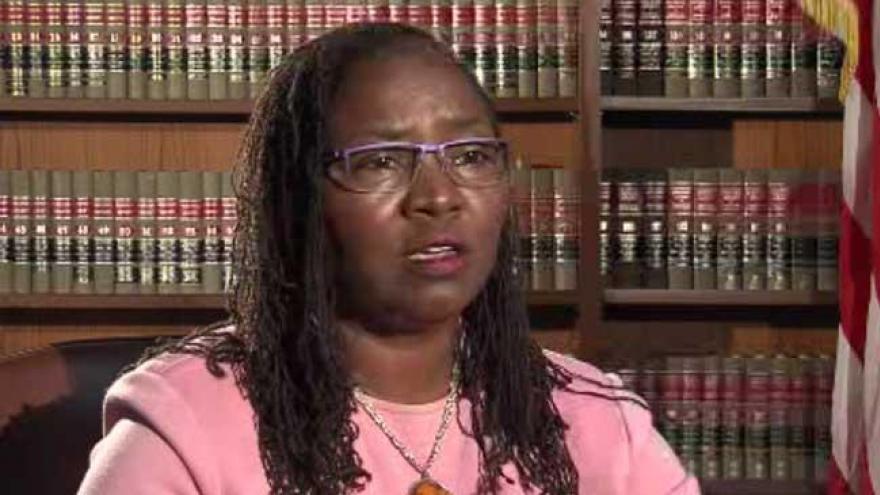 When you hear those families it obviously points you in the direction of the Milwaukee County Courthouse where Chief Judge Maxine White agreed to meet with us.

Reporter: Do you understand when these families say they feel the system has let them down because a violent offender with a record is out on the streets only to hurt or kill again?

Judge: I understand completely when someone is suffering from a tragedy, absolutely. The courts understand that.

Reporter: Why do you think then that people feel judges can send a message, throw the book at someone put them away, and throw away the key?

Judge: I think that people expect our entire system to respond.

The court is the who is like the overseer of the process the one that imposes the rules of law and makes certain that everybody gets a chance under the rules to make that presentation so that a fair and just outcome is reached.

If witness don't show up, if the facts cannot be found sufficient with the law and there's no outcome sufficient for the level of punishment people are seeking then I can see that they are unhappy with the result. But a lot of things has to happen before the sentencing in a case occurs.

Reporter: In terms of juveniles there's been a call recently, be tougher on juveniles give them stiffer sentences, what say you?

Reporter: Do you think, do you have discussions with fellow judges maybe that you can share, that maybe juveniles should be shown a harder time, maybe we shouldn't be fostering this second chance platform?

We need to get to our children earlier with intervention and other methodologies that will affect the trauma many of them have suffered that they carry out against themselves or other people.

Reporter: The public safety committee came out with a list of suggestions and proposals to improve public safety. I know that they did talk about things like less reliance on electronic monitoring. What do you think of the public safety's recent proposals?

The document has a few glimpses in it. And it is a committee report.

Things like boot camp, been there, done that, didn't work. And so we need to have e more robust discussion with the individual players about what the capacity is and their organizations and how they can really advance a quality of life in Milwaukee.

One thing I want to give them credit for is calling the attention to the problem that has existed for quite some while.

Judge:  I think we have sufficient laws to cover any kind of crime that you can think of but remember the law is set by the legislative body. It gives the people an opportunity, through the state process the AG and the DA to be heard on crimes.

They bring a case, they too like the court, must rely on citizens and law enforcement and others in the system to bring a case to court to bring sufficient facts that consistent with a certain set of laws.