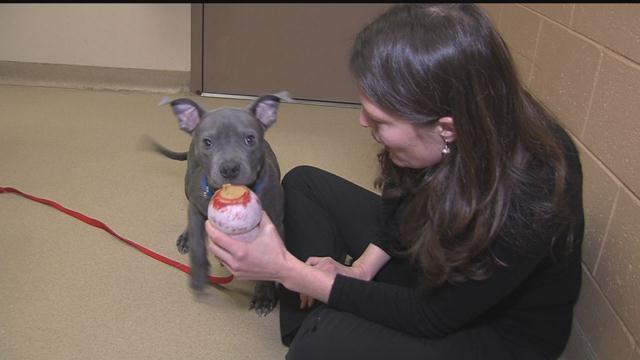 Animal abuse, neglect and cruelty is a heartbreaking reality in Wisconsin. Every year, the Wisconsin Humane Society sees dozens of those four legged victims. CBS 58 found out there is a task force in Milwaukee County, whose sole responsibility is to investigate and put the offenders away.

"The animals, themselves, are vulnerable victims. They're in situations, they often can't defend themselves or get out of," Schrank said.

A number of different agencies are part of the task force. They include The District Attorney's Office, the city attorney's office, The Milwaukee Area Domestic Animal Control Commission, The Wisconsin Humane Society, The Department of Neighborhood Services, The Milwaukee Police Department and other law enforcement agencies work together. Each member has a different role, but they share information, investigate and prosecute the offenders. Assistant District Attorney Schrank says that may have a wider impact.

"There's a strong link between violence against animals and violence against people. So, in working together to prevent this type of abuse or violence, really helps the community as a whole," Schrank added.

The Wisconsin Humane Society found research that shows animal abusers are five-times more likely to commit violent offenses. According to The Latham Foundation's "Latham Letter", more than half of school shooters abused animals. The Journal of Emotional Abuse found 71 percent of abused women report their partners threatened, or killed, the family pet. The Wisconsin Humane Society cited a report that found 25 to 40 percent of victims with animals report delaying leaving a bad situation to ensure the care for their animals. The Humane Society works with the Sojourner Family Peace Center by taking animals out of rough situations while their owner is taking care of a violent situation in the home. You can contact the Sojourner Family Peace Center at (414) 933-2722.