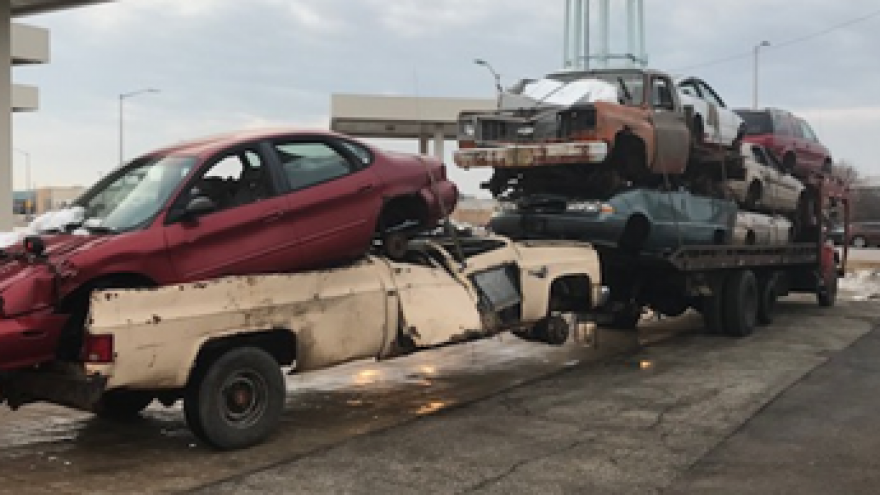 MILWAUKEE (CBS 58) – Thanks to a tip from a 911 caller, an unsafe car hauler was escorted off the freeway Monday morning.

According to the Milwaukee County Sheriff’s Office, the hauler was on I-41 southbound near Bluemound Road, coming from Eagle River and on its way to Miller Compressing.

Investigators say the hauler was only allowed to carry four vehicles but had eight vehicles stacked up on the trailer bed and towed behind.

The two vehicles being towed behind the car hauler were on top of each other with the top vehicle only secured by a tie strap attached to the handles of the bottom car.

The Sheriff’s Office says the trucking company was owned by the operator who was cited for five equipment and safety violations. The truck was taken out of service until the violations are fixed.