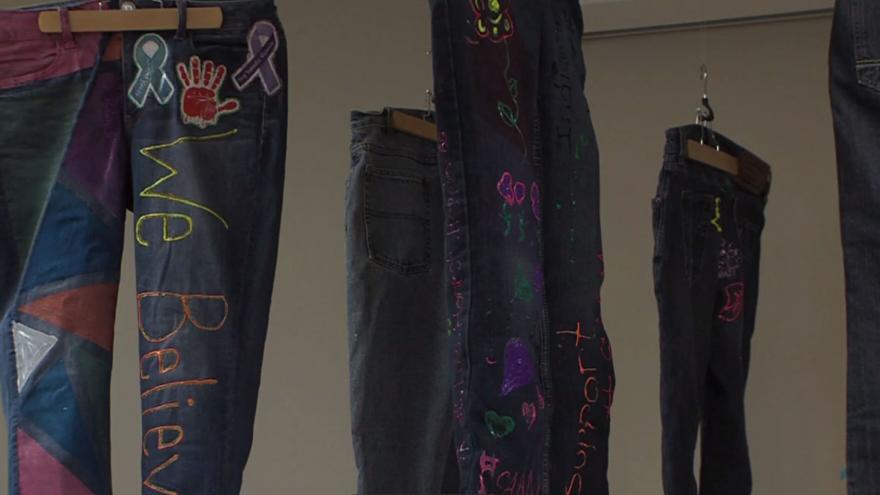 The term was coined after a woman in Italy was raped and the man convicted was released after a court said her jeans were too tight to remove without her help, making the act consensual.

Wednesday, Milwaukee County leaders gathered to show their support to victims in our area. Mayor Cavalier Johnson spoke at the gathering, encouraging people to share their stories and words of encouragement to survivors.

"Please offer your voice, your talents, your presents as well as your support to sexual violence and awareness efforts here in the city of Milwaukee. And together we can build a stronger and safer community for every single person in Milwaukee," Mayor Johnson said.

Mayor Johnson also made a call to recognize the sexual assault issues faces by Native American communities in Wisconsin, saying they face increased levels of assault.