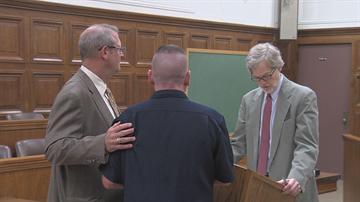 MILWAUKEE- Milwaukee County Executive Chris Abele said Monday that he will personally cover the cost of any overtime county employees may have racked up by staying open late on Friday, and during the day on Saturday to accommodate same sex couples getting married.

Abele said it's the right thing to do and he didn't want to give people any reason to complain that tax dollars were being used for this.

Abele also said he will aggressively defend the recent marriages if a stay is eventually put in place.

Attorney General J.B. Van Hollen has requested an emergency stay from the 7th circuit court of appeals in Chicago.

If it's granted, that  would bring gay marriages to a halt here in Wisconsin.

Waukesha County Clerk Kathleen Novack said there has been confusion as to what the law is, but the county decided it was still the right thing to begin to grant marriage licenses Monday morning.