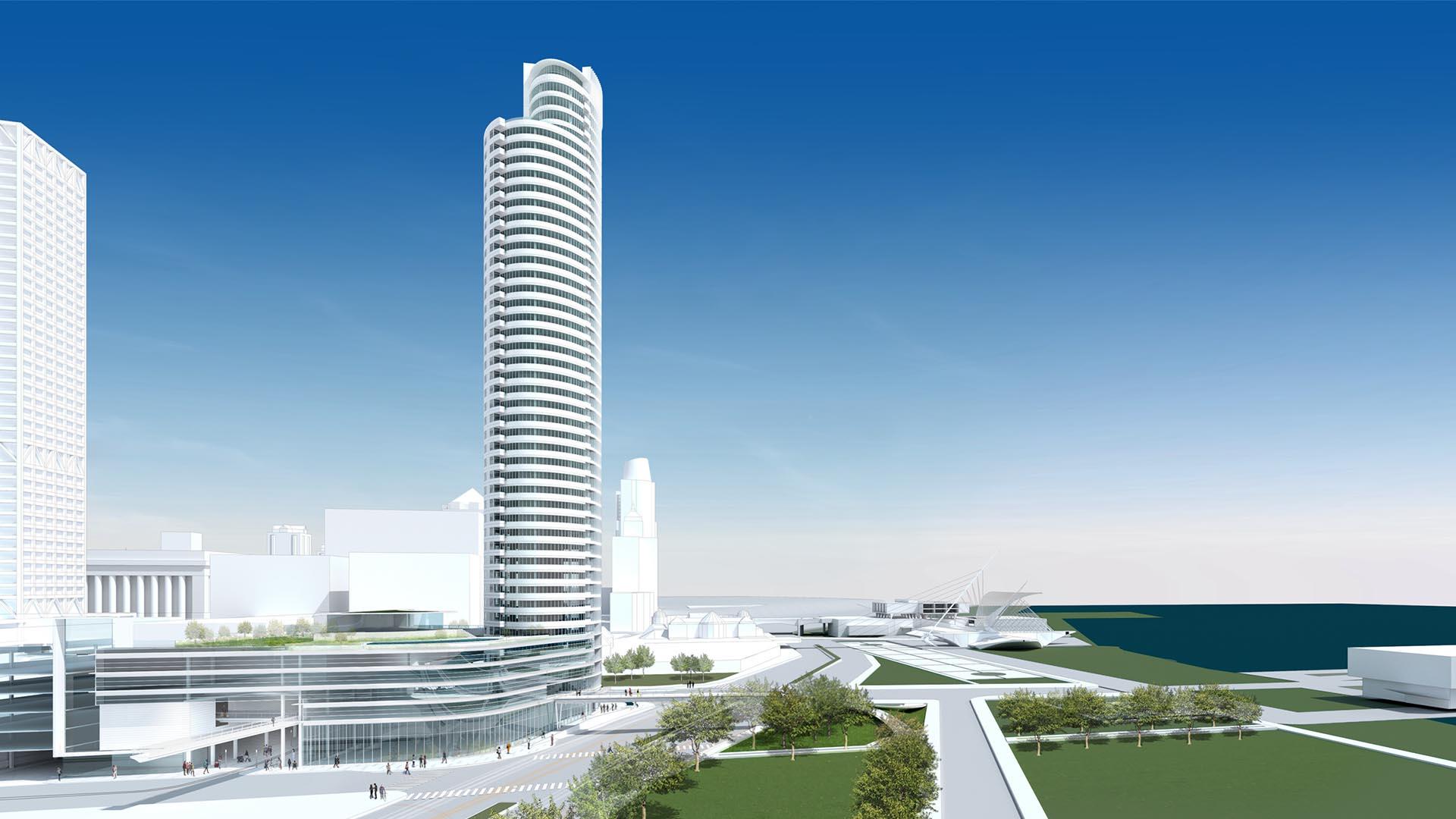 The Milwaukee skyline is set to receive a major expansion, with the addition of a 44-story skyscraper known as the 'Couture'.

Milwaukee County officials announced the sale of the Downtown Transit Center to Rick Barrett, the developer for the project.

The sale was widely considered the final hurdle remaining for the project to happen.

The former transit center off E. Michigan St. has been empty for about five days, with buses rerouted in anticipation of the sale.

The 44-story building will include over 300 housing units, retail and restaurants, and a transportation hub, incorporating the planned streetcar.

"It's another tangible, visible sign of the growth in Milwaukee," says County Executive Chris Abele.

The project is expected to create more than 2,000 jobs, with "an emphasis on hiring County residents and disadvantaged business entities."

Abele expects to hold a ceremonial groundbreaking later this month, with construction to begin shortly after that. The building is projected to be complete in about three years.

"This isn't just a development on what was a concrete bus barn, this is a spectacular building," says Abele. "People who live in Milwaukee are going to want to bring their friends to downtown just to show them the new Northwestern Mutual building, the new Couture building, and say this is what our city is doing right now."