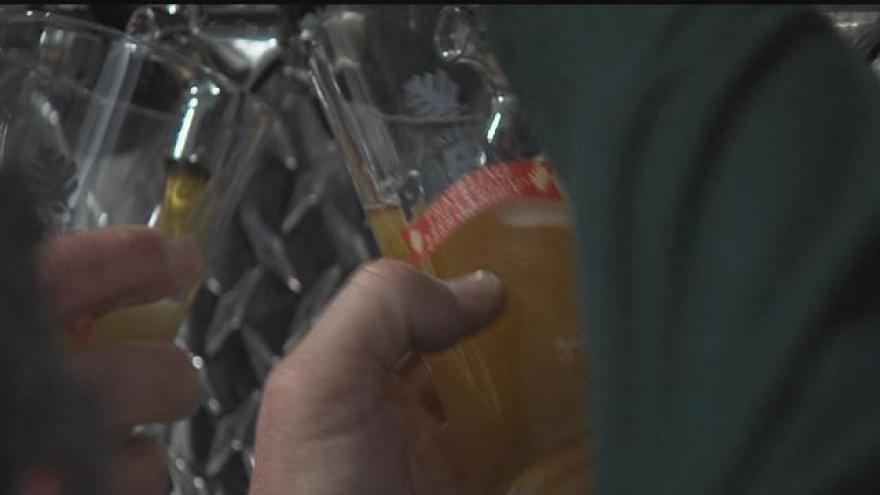 It's never too early to celebrate what Milwaukee is known for: beer.

Perhaps it's even more enjoyable when it comes out of a tap from the side an old fire truck.

"It doesn't go to a scrap yard, but it gets a second life entertaining people," said Jeff Hamilton, president of Sprecher Brewing Co.

It's all apart  of the Traveling Beer Garden. This year's tour will make 12 stops at Milwaukee County parks, including five new places.

A new Sprecher beer, the Malt Duck, will be on tap too.

"We made something with pure grape juice and beer," Hamilton said. "It's a great alternative for people that don't like necessarily Milwaukee beer."

It's an attraction that spans beyond the county line.

Money from their enthusiasm has spurred upgrades throughout  the county's park system. Projects include adding bike racks at Juneau Park and fixing sidewalks and painting restrooms at others.

County Executive Chris Abele said the public-private collaboration is a true testament of what it takes to build the community.

"The Germans didn't start in Milwaukee, they made Milwaukee and that is a great example of immigrants making us stronger," he said.

Milwaukee County has extended its contract with Sprecher for five more years.

The Traveling Beer Garden starts May 17, kicking off at Juneau and Greenfield parks. The tour ends on September 4.