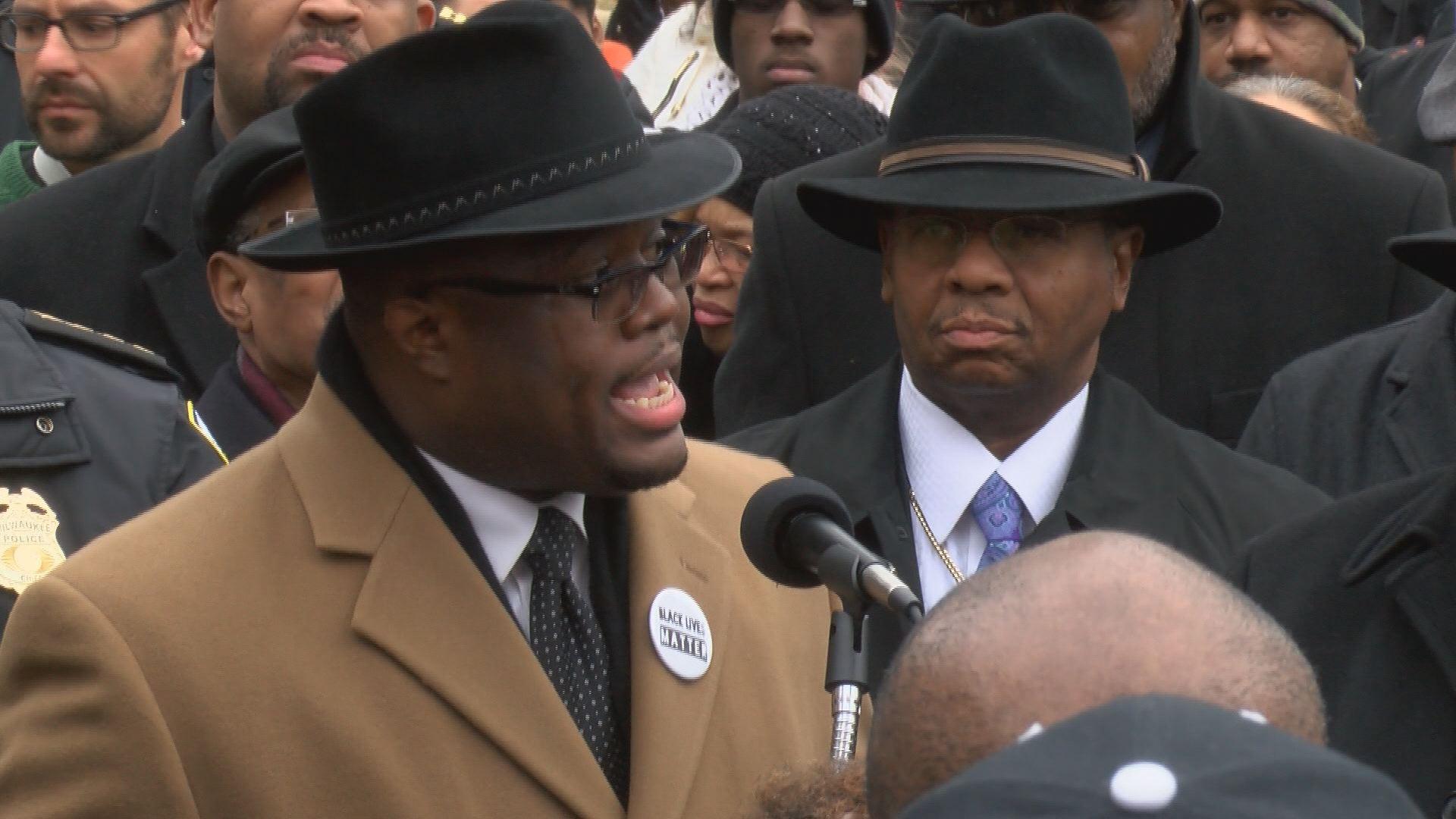 Demonstrators once again gathered at Red Arrow Park in Milwaukee on Sunday.

The protest was headed up by Milwaukee church leaders and was part of the national day dubbed \"Black Lives Matter Sunday.\"

The group called for justice in the Dontre Hamilton case, but also in other national cases like Michael Brown and Eric Garner.

Milwaukee Police Chief Ed Flynn and Mayor Tom Barrett were both in attendance at Red Arrow Park, along with several local politicians.

Dozens of demonstrators marched to the Safety Building on State street, the building where the District Attorney's office is.

Christmas cards were left on the doors of the building, not with holiday well wishes, but with messages for the District Attorney asking for a decision in the Dontre Hamilton case and to charge former Milwaukee Police Officer Christopher Manney in his death.

Milwaukee County District Attorney John Chislom has yet to make a decision to in the Hamilton case. He has been waiting to reviews of the case before he does. No timetable has been established for that decision.

Hamilton was shot more than a dozen times in a struggle with Manney back in April.