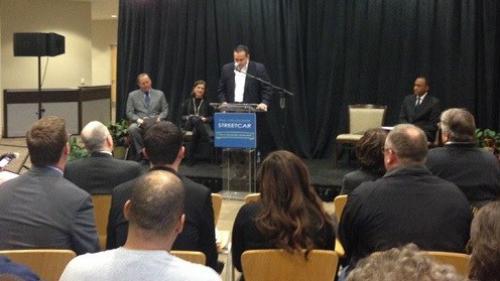 The streetcar proposal already passed the common Council but implementation was delayed until Tuesday. It will come back up for another vote and opponents do not appear to have any way to stop it.

Joerres said the city needs to compete with other cities in this region. Adding a downtown streetcar system can help with that.

\"I'm embarrassed by the fact that we're the 30th most dense [city] and there's only one other city that doesn't have it [fixed rail],\" Joerres said. \"I'm not saying that's the reason you should do it, but you got to say there's a lot of smart cities that have figured this out. We're going to be left behind. We cannot be left behind or you will never catch up.\"

Streetcar opponents continue to gather signatures to try to force a possible referendum. Opponents maintain they still have time to gather those signatures.

The Milwaukee Common Council will vote on the street car Tuesday.