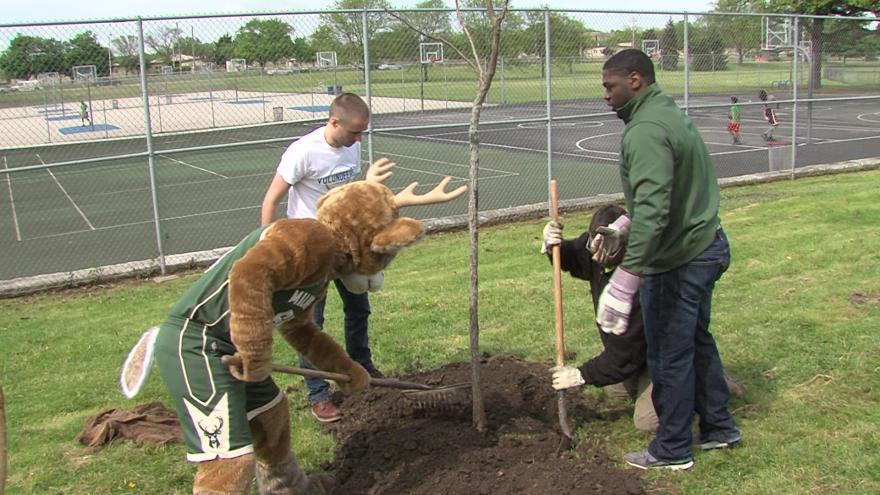 MILWAUKEE (CBS 58) – The Milwaukee Bucks and American Transmission Co. will donate 573 trees to more than 100 schools across Wisconsin as the result of the 2018-19 Trees for Threes program. The program, which is in its third season, pledges to donate one tree for every three-pointer the Bucks make at Fiserv Forum during the regular season.

The Bucks set a new franchise record this season by knocking down 573 three-pointers at home. Not only did this number shatter the previous franchise record of 355 threes made at home by the Bucks during the 2016-17 season, but it ranks as the fourth-most threes made by any team at home in NBA history.

Since the program’s inception in 2016-17, the Bucks have donated a total of 1,271 trees to make Wisconsin communities and schools greener.