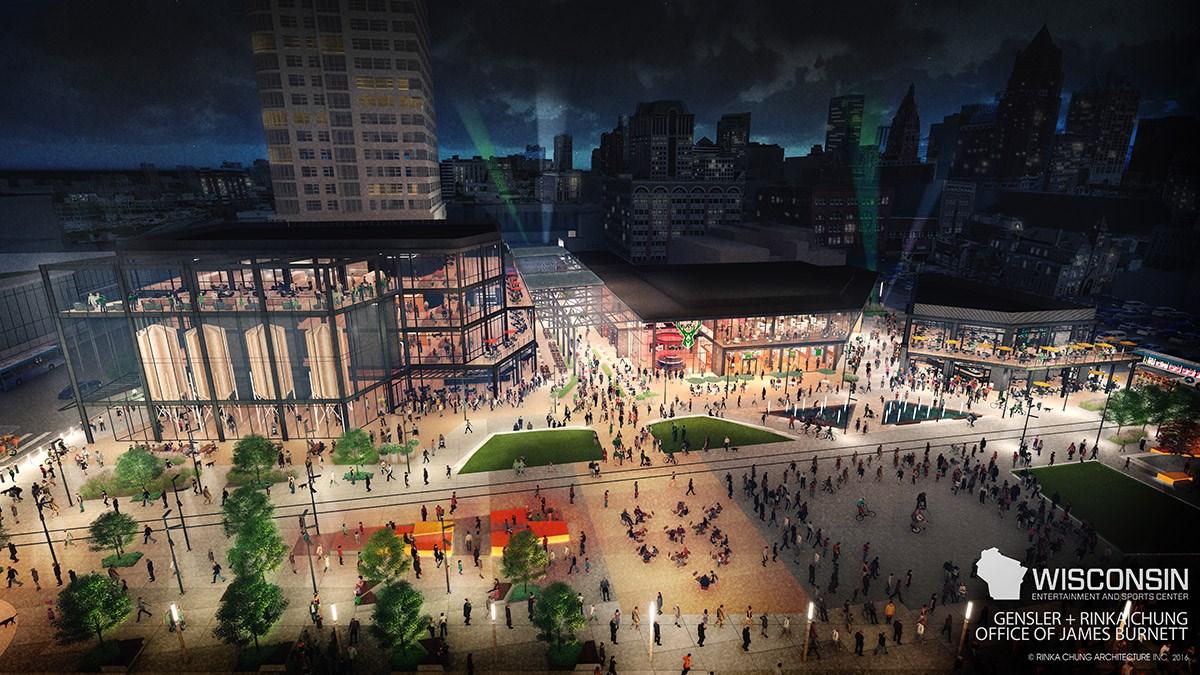 The Milwaukee Bucks released a set of renderings of the entertainment block that will be constructed adjacent to the new downtown arena in conjunction with the submission of detailed plans for the development to the city.

According to a press release, this new entertainment block will span N. Fourth St. between W. Highland Ave. and W. Juneau Ave.

It will feature an active space designed for year-round community use featuring a mixture of dining, entertainment and retail.

The block will serve as an important connection between the new arena and existing commercial activity along Old World Third Street.