Milwaukee Bucks give back to the community by planting trees 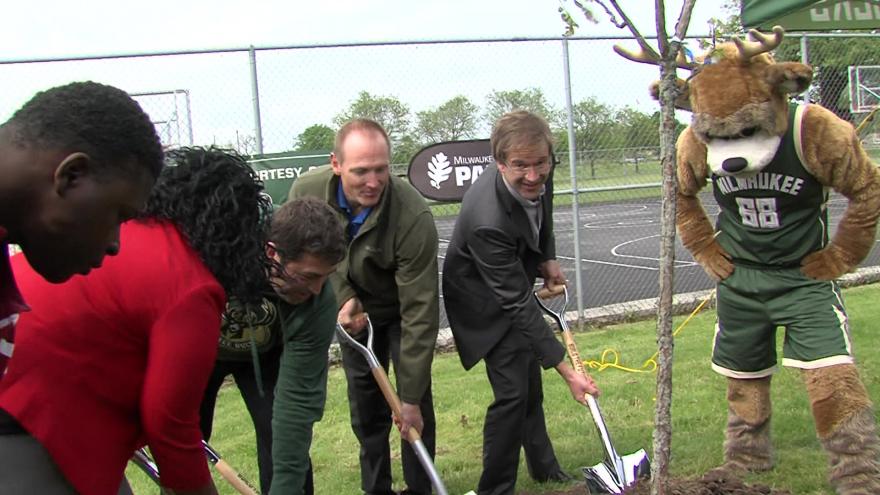 The Milwaukee Bucks are giving back to the community by planting 355 new trees. That's one tree for every 3-pointer the bucks hit at home this season.

The Bucks teamed up with American Transmission Company to create more green spaces in Wisconsin.

It all kicked off at McGovern Park where 20 trees were planted around the basketball courts to replace diseased trees that had been removed.

"This isn't just a one-day story, those trees are going to be enjoyed for a generation and there's going to be 355 and as we've all been talking about, maybe more if they start hitting more threes."

Those 355 three-pointers were a Bucks franchise record at the Bradley Center surpassing the previous high of 333 during the 2009-2010 season.