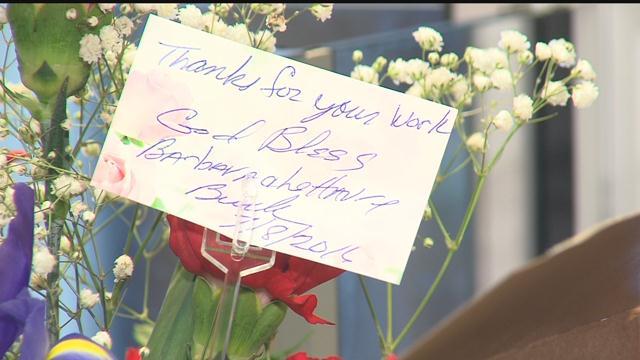 Local police department are experiencing an outpouring of support.

The Milwaukee Police Department says people spent much of Friday dropping off several things, from flowers to food to drinks and cards.

Others have called to voice their support as the Dallas Law Enforcement tragedy has forced many to re-examine their relationship with those who serve and protect.

"It's just so positive to see," Officer Edward Ciano of District 5 tells CBS 58 News. "The officers are very taken aback. They were asking  'where is it all coming from?' To know you have that type of support out there from not only the city of Milwaukee, but from the suburbs who have been stopping by."

West Allis Police are also reporting special deliveries as is police department in Beaver Dam, the hometown of one of the Dallas officers who was hurt by shrapnel during Thursday night's ambush.