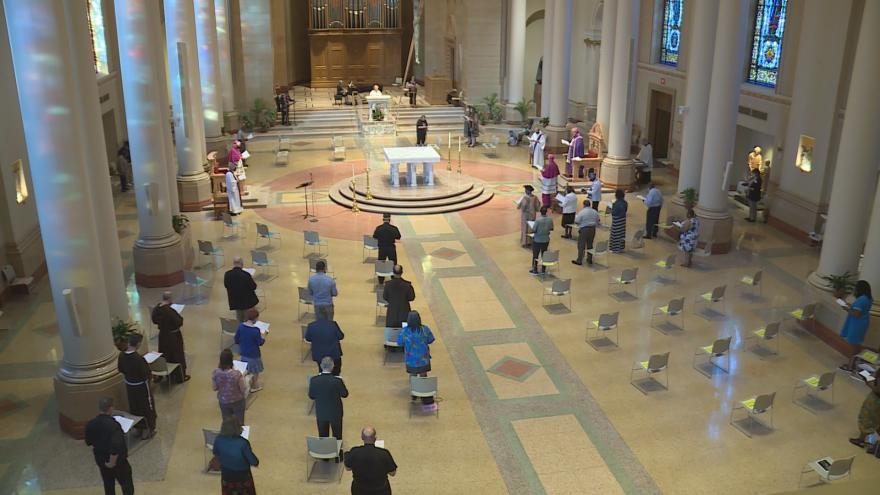 The Archdiocese of Milwaukee hosted a special service for racial justice.

With masks on, and social distancing in effect, a group of worshipers joined to pray against the racial injustice, pain, and hatred still present in America.

After some time, the service moved outside for a candlelight vigil, and the ceremony started with one candle's flames that was shared to each in attendance.

Outside, the church’s bell tolled for eight minutes and 46 seconds, out of respect for the life of George Floyd.

One parishioner said that coming together for this service is a way to help resolve issues and put people’s minds at peace.

“I believe that you can only do that, a lot of times, through prayer and the of course active demonstration," Milwaukee resident Maurice Thompson. "Because if you do not let everyone know that there’s a problem then people won’t think there is a problem.”

Local residents, as well as members of the central city parishes, and the Black Catholic Ministry Commission attended this service - which was also live-streamed online via the Archdiocese.