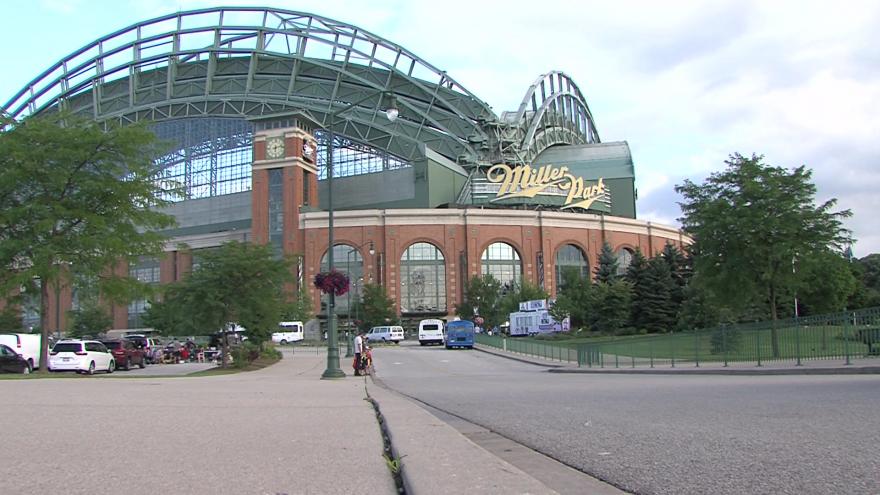 MILWAUKEE (CBS 58) -- A standing ovation applauding Brewers pitcher Josh Hader is getting a lot of national attention and criticism.

It happened just as Hader took the mound at Miller Park during Saturday's game against the Dodgers. It was the first time since his past racist and homophobic tweet were discovered during the All-Star Game. 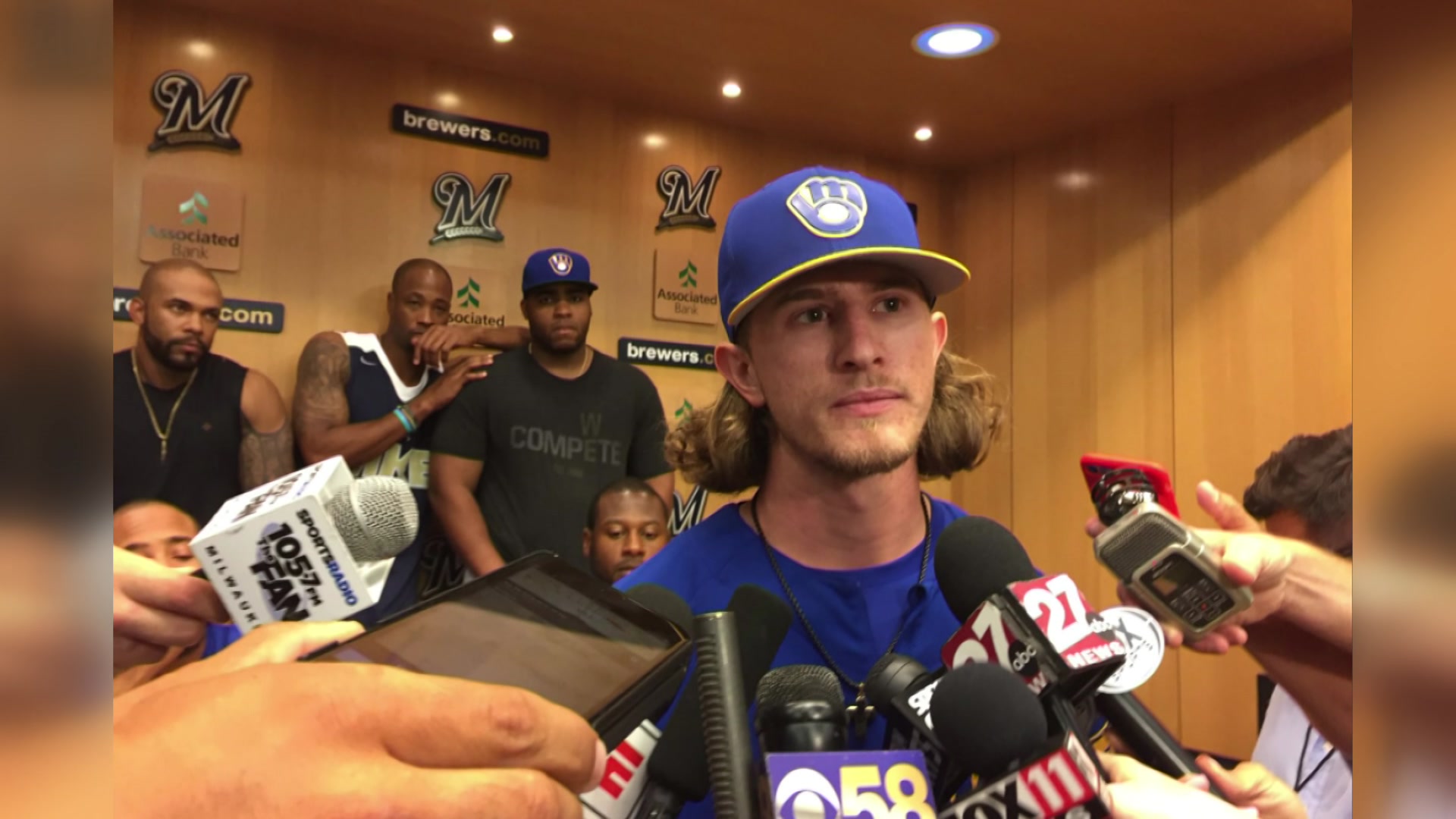 Some people say it was just the fans being supportive. Others say the fans were inappropriate.

On Monday, Milwaukee District 7 Alderman Khalif Rainey put out a statement blasting both the Brewers Organization and Brewers fans. He said the fan reaction during Saturday's game for Hader was "troubling".

The reaction to the tweets is enough to make some fans reconsider wearing clothing with Hader's name.

"I'm a little hesitant at buying a jersey right now. I get he was 17 years old but at that point, he's three months away from being able to vote and join the Army," one fan said.

Now, Hader is 24 years old, with the racist, homophobic tweets which included the words "white power" revealed to a national audience last Tuesday.

Four days later Brewers fans gave him a standing ovation which inspired Alderman Khalif Rainey to write a statement that reads in part:

“This frankly is an embarrassment to the world. the boisterous manner of standing to show support for Hader is nothing less than a dismissive stance against problems of race affecting an entire community: a community dealing with the effects of hypersegregation, economic disparity, and police harassment.” 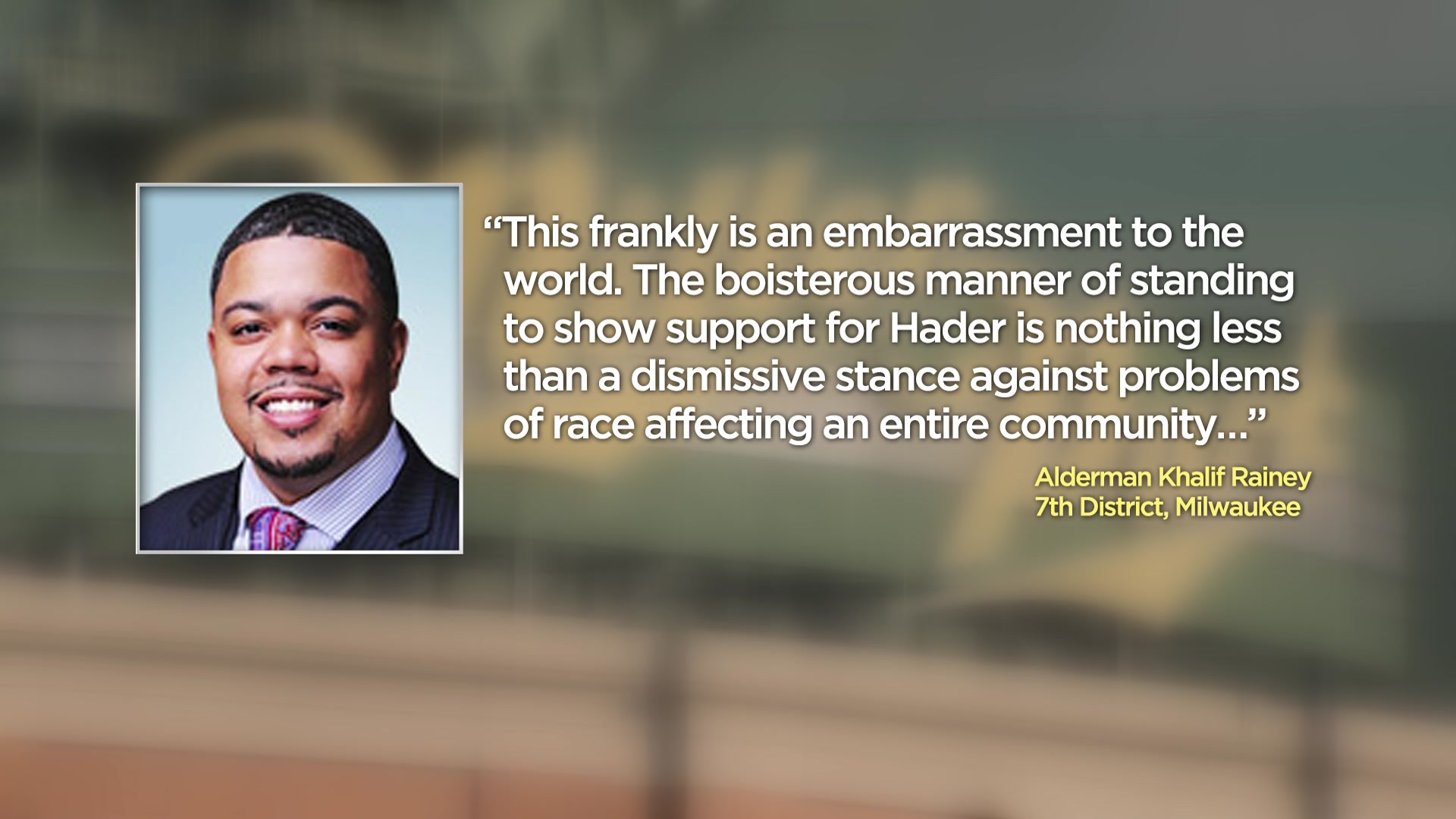 Even before Rainey's statement outlets like Sports Illustrated, ESPN and USA Today highlighted the actions of the fan base. 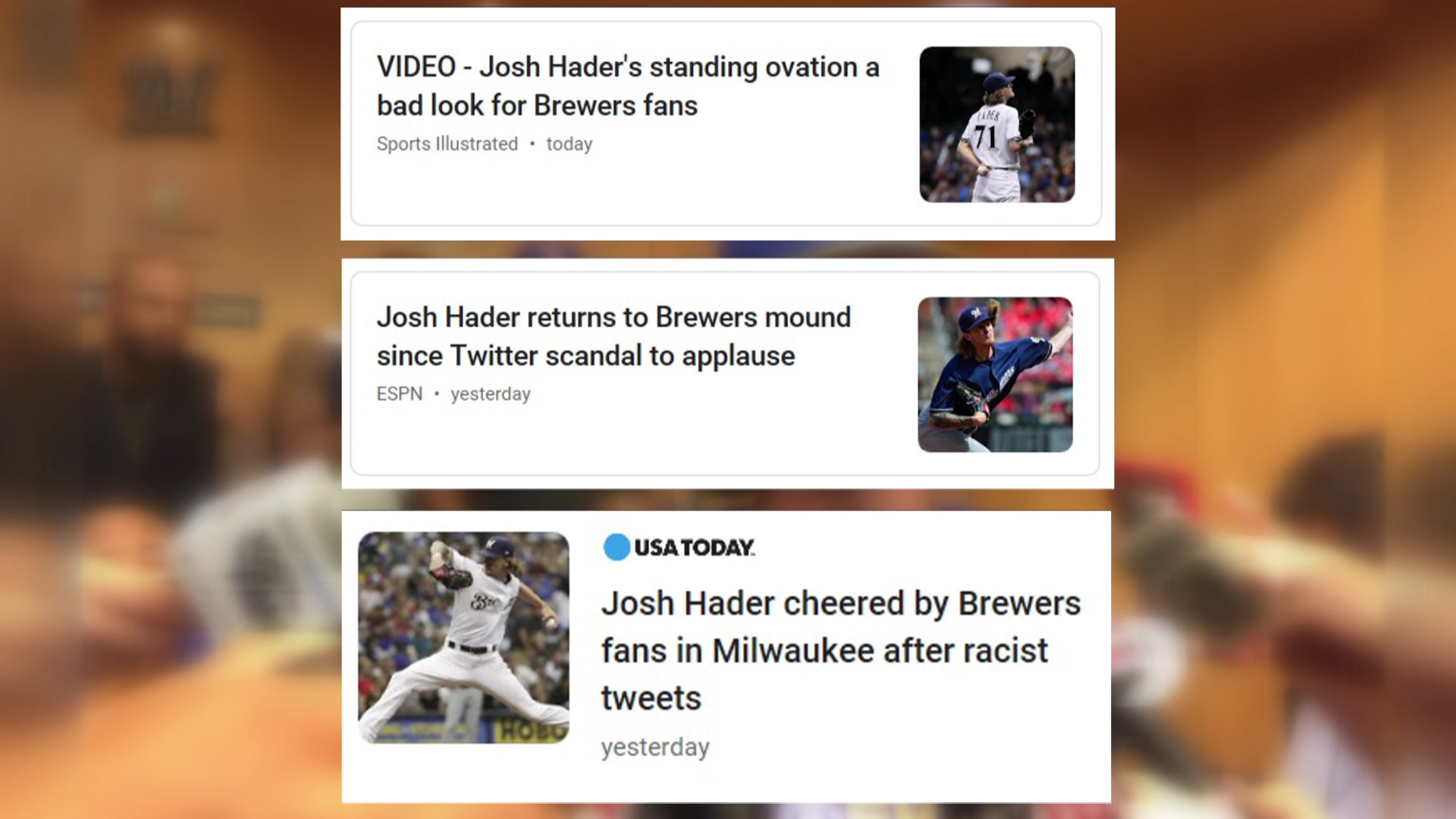 But some supporters disagree with the assessment.

"[Fans are] applauding for the way he came out and apologized immediately," one fan said.

"Going forward I think he's remorseful. I saw it in the interview. His emotions were very indicative of that," another fan said.

"We don't look past personalities, however, he's a teammate. And if teammates forgave him, they forgave him in general," the fan continued.

But some fans agree with critics and say it wasn't a good look for Brewers fans.

"I think it's important to support the team but giving him a standing ovation looks as if we're supporting that kind of behavior. and I can't support that type of behavior," another fan said.