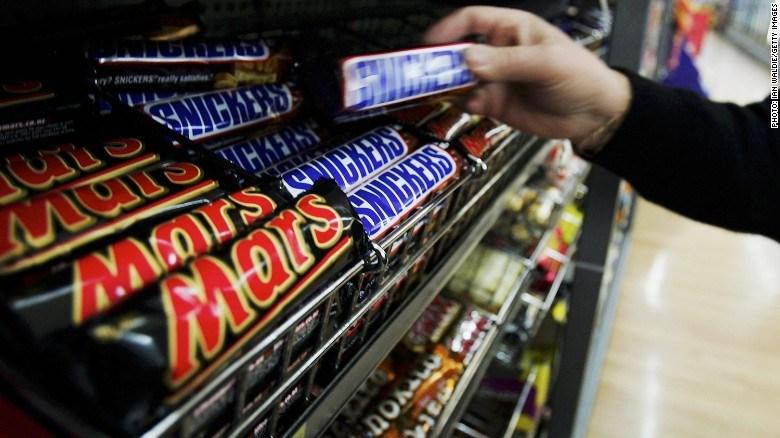 (CNN MONEY) Mars is recalling chocolate bars in 55 countries because some of them may contain pieces of plastic.

The recall includes millions of Mars, Snickers and Milky Way chocolate bars produced in the Netherlands.

Mars Netherlands said it decided to issue the voluntary recall as a "precautionary step" after receiving a consumer complaint about a piece of plastic found in one of their products.

Mars, Snickers and Milky Way bars with best before dates between June and October 2016 should not be eaten, the company said. Celebration and Variety candy packs are also being recalled.

The chocolate maker's websites in Germany, France, and other countries could not be accessed after the news broke on Tuesday. Users on social media were complaining about not being able to reach the company's helplines.

Mars said it would release more detailed information about the recall later.