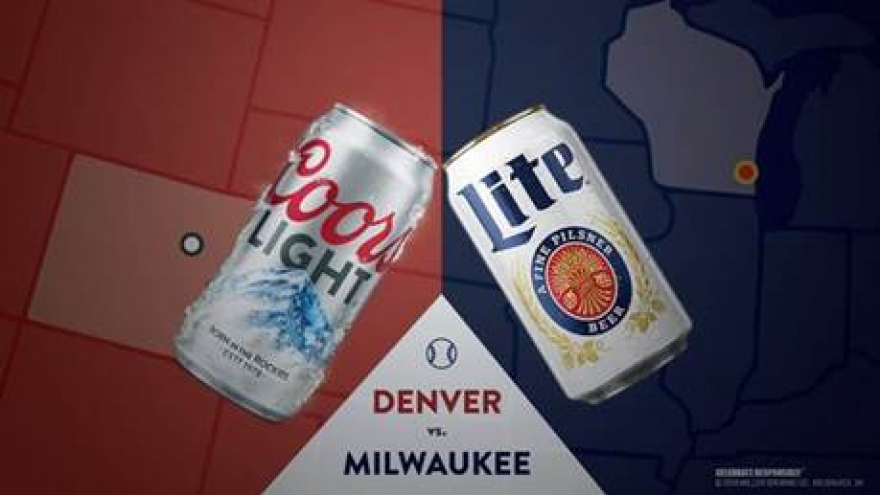 MILWAUKEE (CBS 58) -- MillerCoors is at the forefront of the NLDS series between the Brewers and Rockies. Milwaukee is home to Miller Brewing. Denver is home to Coors Brewing. Brewers play at Miller Park. Rockies play at Coors Field.

Without choosing sides parent company to the breweries, MillerCoors, has waged some beers between the two breweries.

Whichever brewery's team wins the NLDS, the losing brewery will pick up the tab next Friday, October 12 at participating bars across the city.

So, if Milwaukee wins then fans at participating bars in Milwaukee will get a free beer. The wager is limited to one per customer while supplies last.