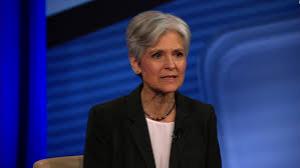 (CNN)A federal judge has ordered Michigan's Board of Elections to stop the state's electoral recount.

US District Judge Mark Goldsmith issued the order late Wednesday -- dissolving a previous temporary restraining order against the Board of Elections that allowed the recount to continue.

In her motion, Stein had argued against a Tuesday ruling by the State of Michigan Court of Appeals in favor of stopping the recount. That court concluded Stein was not an aggrieved party since she had no reasonable chance of winning by virtue of the recount. In federal court, Stein counter-argued this was a "distorted interpretation" of the law and that it was within her constitutional right to have the recount.

"Rather, Plaintiffs' asserted right to a recount is just a restatement of her right to participate in a fair election, free from tampering or mistake. But, to date, Plaintiffs have not presented evidence of tampering or mistake. Instead, they present speculative claims going to the vulnerability of the voting machinery -- but not actual injury," read Goldsmith's order.In his ruling, Goldsmith declined to adopt the unusual exception applied in Bush v. Gore to disregard a State court's interpretation.

Goldsmith agreed that the issues Stein raised -- fraud and mistakes -- were "serious," but said there was no evidence of such violations.

"A recount as an audit of the election," Goldsmith concluded, "has never been endorsed by any court."

Michigan Republican Party Chairman Ronna Romney McDaniel declared the order a victory for voters of Michigan. "The courts have affirmed the stance the campaign has maintained from day one: Jill Stein, who received only 1.07% of the vote in Michigan, is not legally entitled to hijack the will of voters and drag them into an arduous and expensive publicity stunt. Jill Stein's 1% temper tantrum cost Michigan taxpayers millions of dollars and would have cost them additional millions of dollars if not for the actions of President-elect Trump, the Michigan Republican Party, and Attorney General Bill Schuette."

Trump supporters in Wisconsin have unsuccessfully tried to stop the recount in progress there.

Stein's campaign, who withdrew a recount request in a Pennsylvania state court, filed a lawsuit in federal court Monday morning seeking a statewide recount there.

Stein has raised nearly $7 million to fund the recount efforts, following news that security experts alerted Clinton's campaign to the possibility of hacks in key counties in those states.

Stein may file an appeal of the latest ruling with the 6th Circuit Court of Appeals.