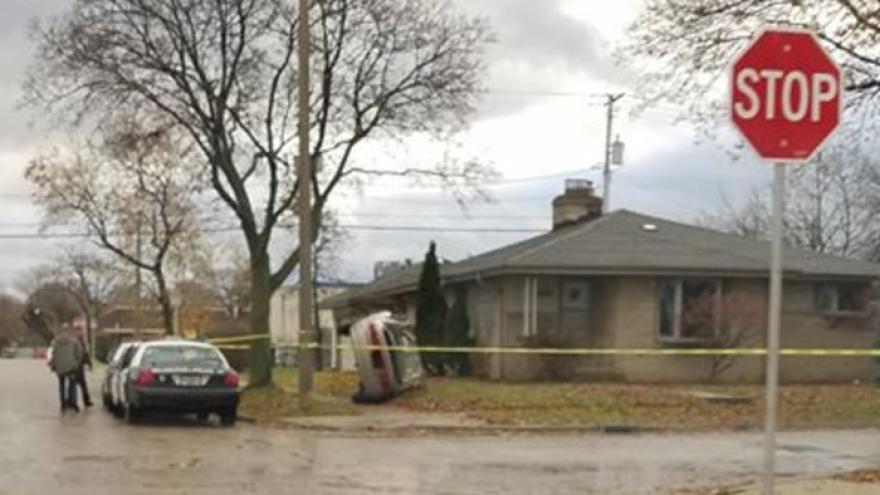 MILWAUKEE (CBS 58) -- Milwaukee police are investigating an armed robbery that ended in a rollover crash on Thursday, Nov. 21.

Police say a victim was entering his vehicle when two suspects demanded his car and fled the scene in it. Officers saw the stolen vehicle and attempted to stop it, as the vehicle continued to lead officers on a pursuit.

The stolen vehicle rolled over and came to rest on its side at 77th and Fiebrantz. The suspects fled the scene.

Officers were able to take two suspects into custody.