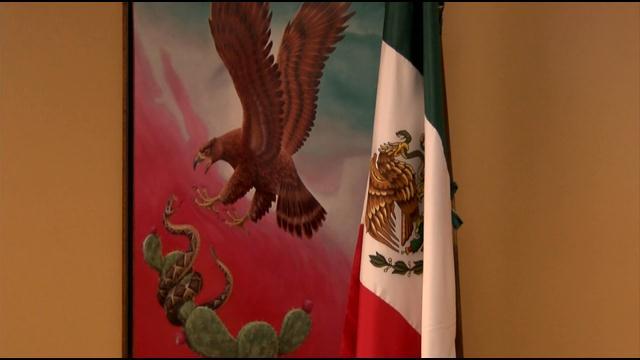 Right now, the closest one for Mexicans in Wisconsin is in Chicago and the wait can be hours or even days.

A year ago, Governor Walker wrote a letter to the Mexican president asking him to build a Mexican consulate in Milwaukee to serve the Hispanics in Wisconsin. This week, Zeus Rodriguez and other Hispanic community leaders traveled to Washington D.C. where they met with officials from the Mexican government.

\"The efforts to get a Mexican consulate here goes back decades. Its only recently with the efforts of Governor Walker that we move this forward,\" said Zeus Rodriguez, the president of St. Anthony school.

Teresa Mercado with Mexican Fiesta is also one of the many who has been pushing for a consulate here.

\"It's a big deal. We are making history,\" said Mercado

They are still trying to figure out exactly when this will all happen.

\"We were told that this would be put into the next budget for the Mexican government when it comes to the consulate,\" said Rodriguez.

The consulate will be built and paid for entirely by Mexico, but Rodriguez says it has a big impact on Wisconsin.

\"There's 120,000 Wisconsin jobs that are dependent on trade with Mexico,\" said Rodriguez.

There is still no word on where the consulate will be built or when it will go up. Mexican officials have the final say as to if it will built.