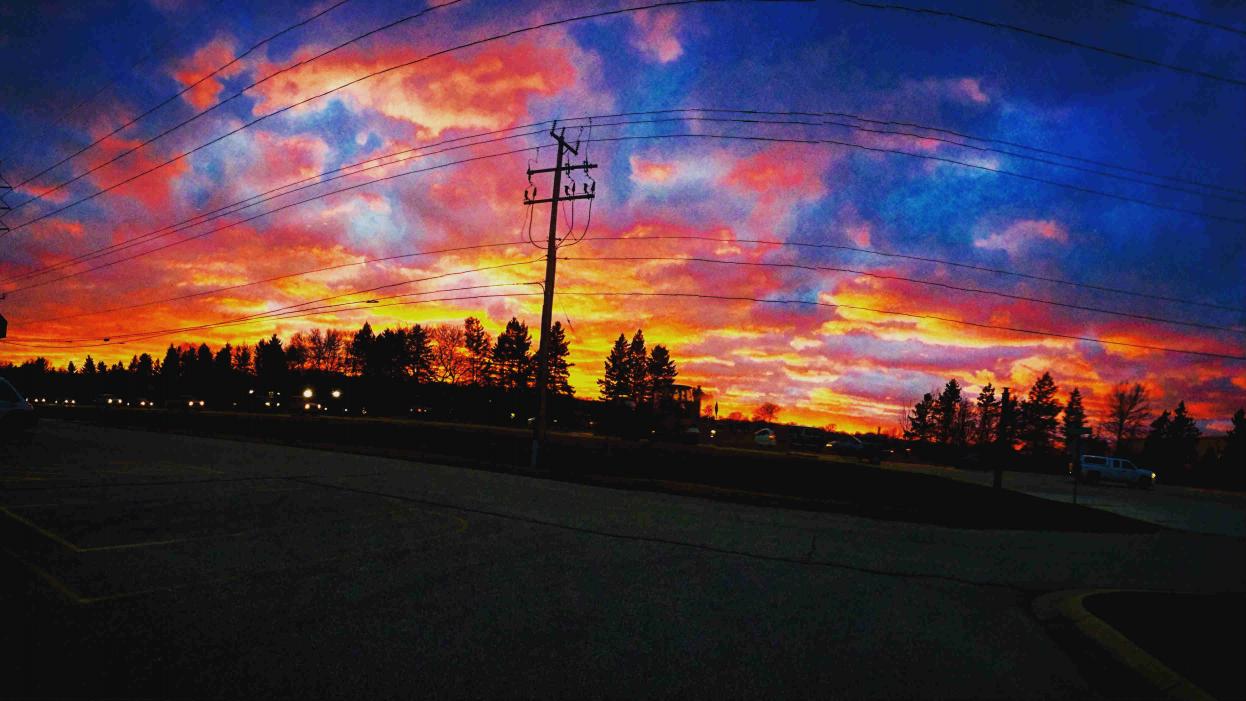 (CBSNews) Three meteorologists have come up with a way to predict the most spectacular sunsets.

Their model takes into account high or low clouds, moisture, pressure and up to 20 other conditions by analyzing 14 gigabytes of data from the National Oceanic and Atmospheric Administration (NOAA).

After analyzing the data, the program posts a map to the group's website at www.sunsetwx.com, and it updates every six hours.

Jake Hallet, the group's programmer, wrote the algorithm in about three weeks. He is a 19-year-old college sophomore who is studying meteorology. He also taught himself how to code.

CBS News' Mark Albert asked Hallet, "How do you predict the perfect sunset?"

"We decided to on a scale of vividness. I guess you could say the wow factor," Hallet said. "The deeper the red, the better."

"There really was no reason that we couldn't create this thing," said Ben Reppert, one of the meteorologists who helped develop the model.

The program likely will be a big success given that a "sunset" search on Instagram turns up 85 million photos of evenings at the golden hour.

Sunsets like this one can now be predicted due to a new algorithm created by three young meteorologists.

Their program has already proven itself this past Thanksgiving when it predicted the spectacular sunset seen on parts of the East Coast.

Jake Deftlitch, a meteorology graduate student at Penn State, helped develop the model, and he also spends his time chasing sunsets with his camera. He said he wants to give everyone the opportunity to take gorgeous photos.

Now, thanks to the work of Deftlitch, Hallet and Reppert, the most beautiful sunsets can be predicted like clockwork, making it much easier for people to capture a gorgeous one on camera.

To truly put the model to the test, Albert asked Hallet to show him where the best sunset was.

"The model is sniffing out some pretty good sunset quality in Southern California," Hallet said.

Hallet pointed out on their map that "oranges and reds were pretty much right over New Jersey, right over Philadelphia, over Delaware."

The model may have more benefits than great Instagram photos. Author Linda Wasmer Andrews, who has published 13 mental health books and wrote an article for Psychology Today titled "How Admiring the Sunset Changes You for the Better," said there are mental health benefits to viewing sunsets.

"It's a sense of connectedness to something bigger than you," she said. "And research shows when someone experiences awe, it can lead to a decrease to have self-centered thoughts and increase in pro-social behavior, so you're actually more prone to being cooperative, more prone to being generous to other people."

The effects are temporary, so Andrews prescribes a daily dose be taken at dusk, and she said it's OK to capture the beauty in the sky with cameras or on canvas, so long as the person stops before the sun disappears.

And a daily dose of sunset should never get boring -- like fingerprints, no two are alike.