Messy start to week with freezing rain and snow

NOW: Messy start to week with freezing rain and snow

(10 pm update): Snow is winding down as we ring in the new year! Some of our northern spots received quite a bit of snow, check out the latest reports: 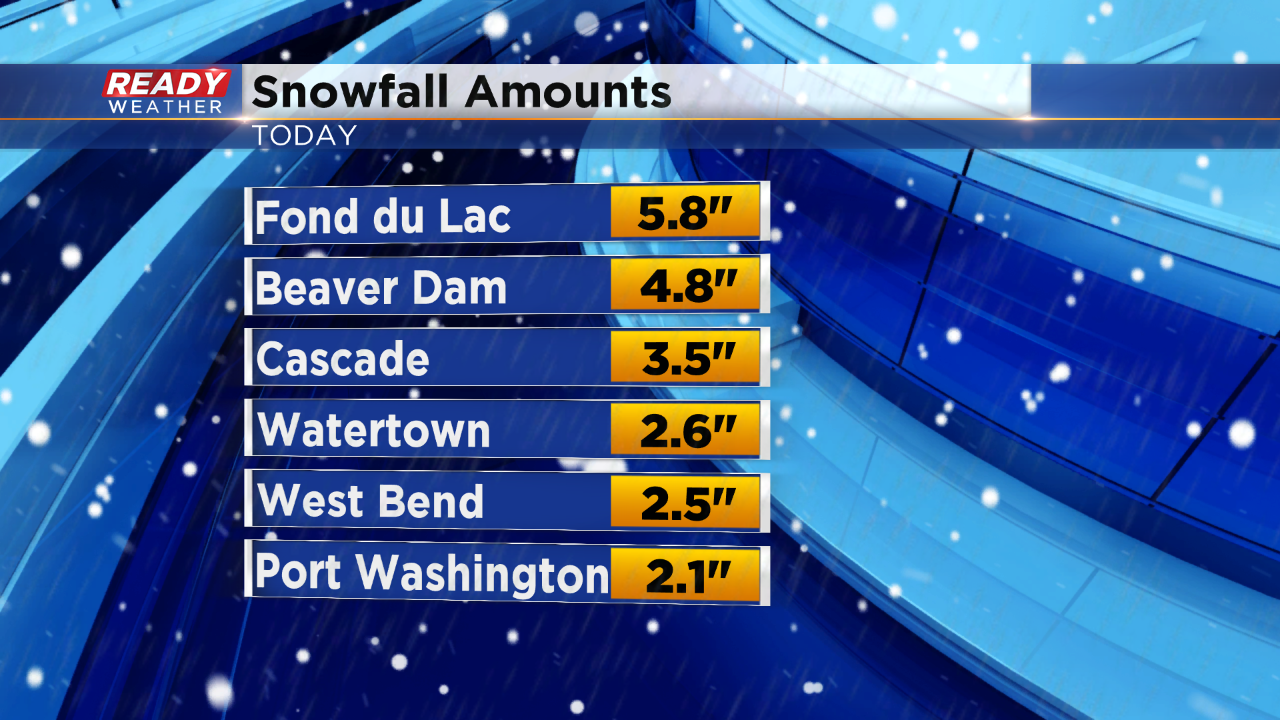 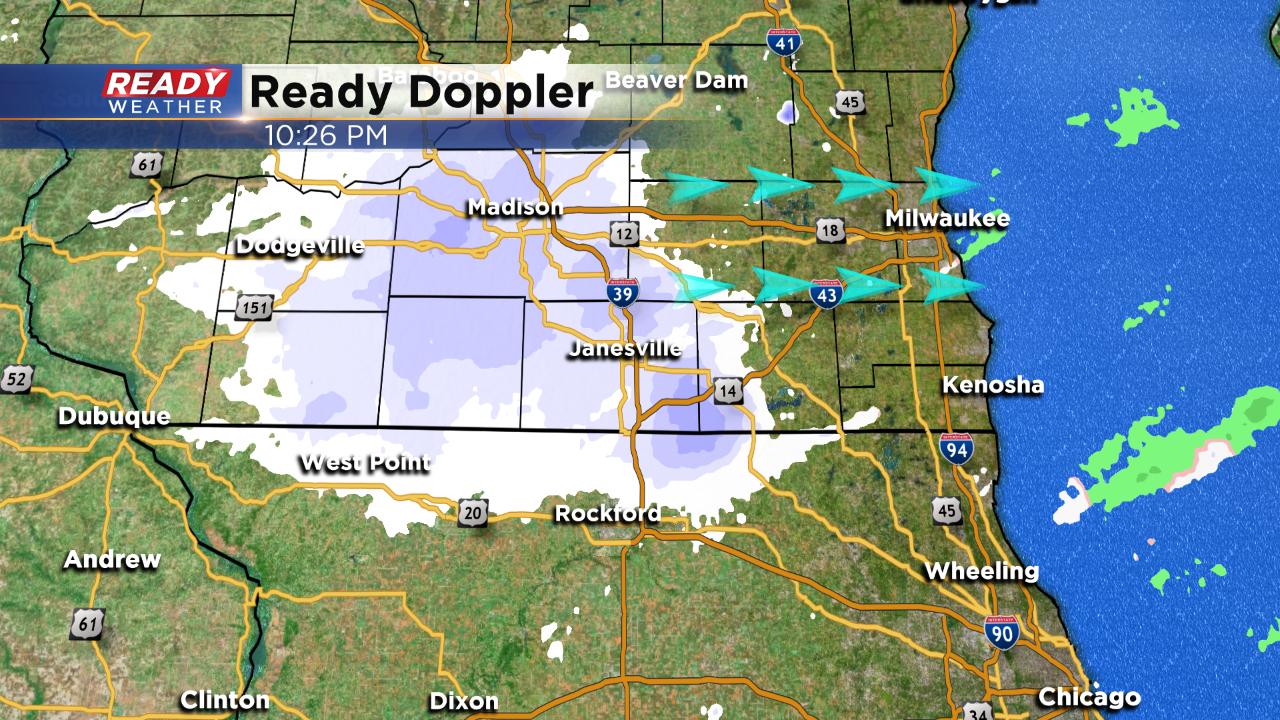 Temps will continue to tumble down through the 20s tonight. Brisk north wind will make it feel like the single digits and teens. Anticipate slick roads. 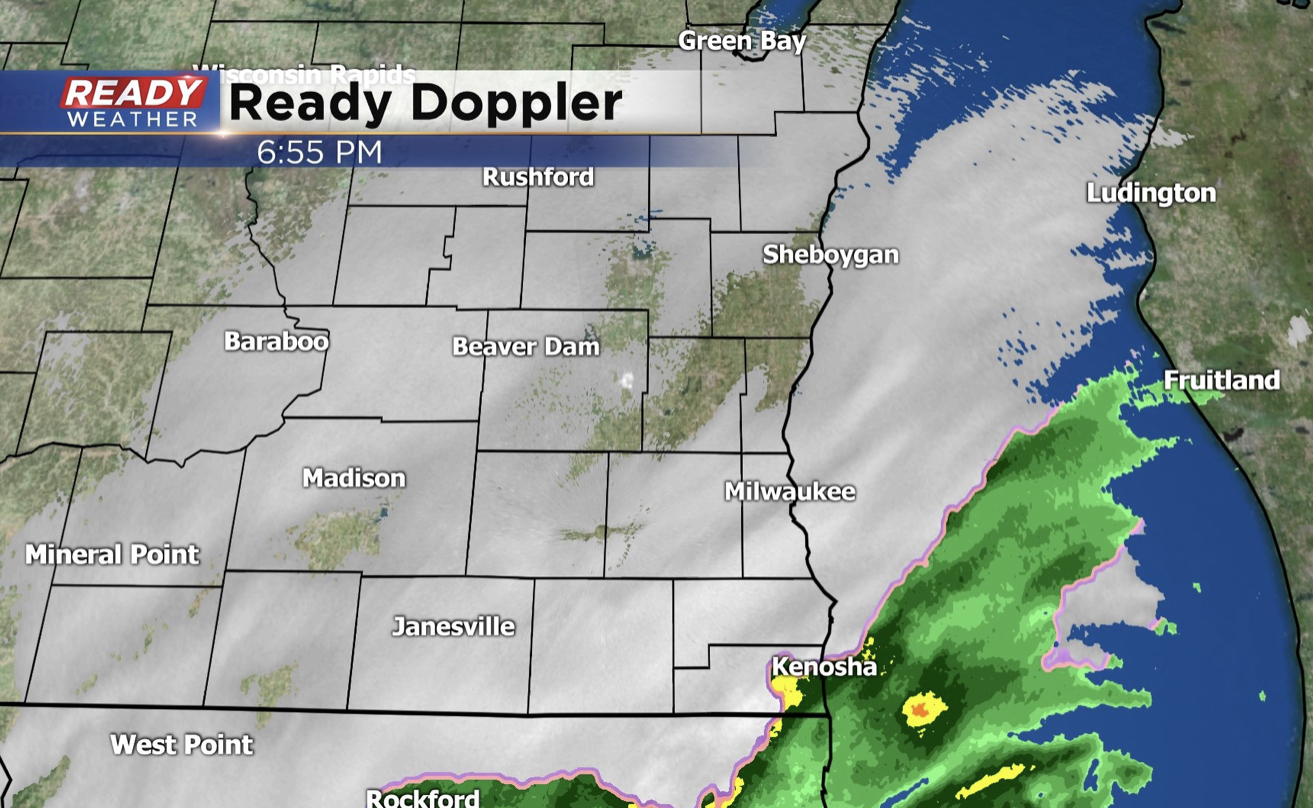 And it’s starting to add up. In fact, the Winter Weather Advisory has been expanded to now include Jefferson, Ozaukee and Waukesha counties. That’s because we have seen snow rates west of the area at an inch per hour. And as that line moves overhead, many spots could now picked up several inches of snow. 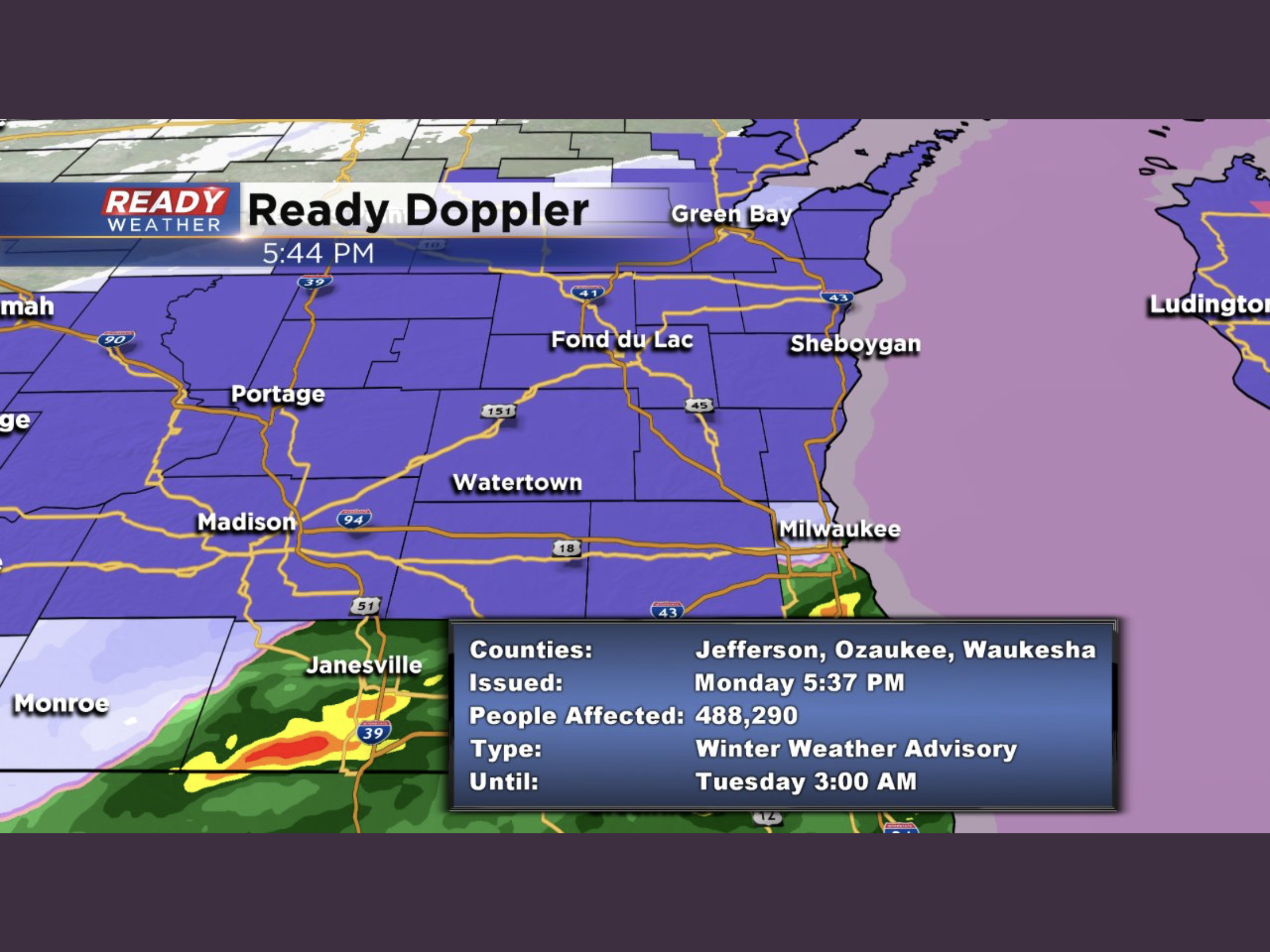 (3 pm update): Rain is widespread across the viewing area at this time. 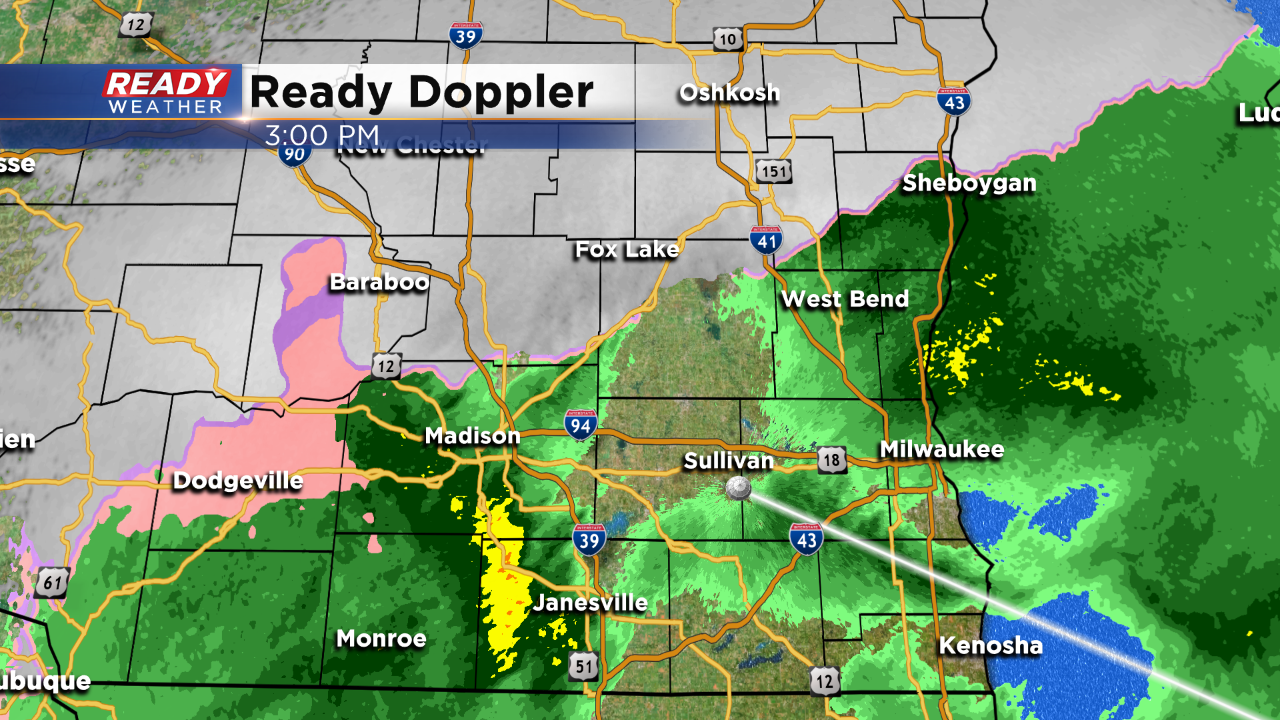 The dividing line of a wintry mix has been hugging Fond du Lac county. Now it looks like we're seeing the transition back to snow for our northern spots as shown in white on the radar. As a trough passing overhead, we could see a kick up in snow intensity. It's possible one inch per hour snow rates are with us for a short time this evening. Keep a close watch on the radar if you plan to travel. The switch to snow for places like Milwaukee could occur as early as 6pm. This is a look at 5pm. 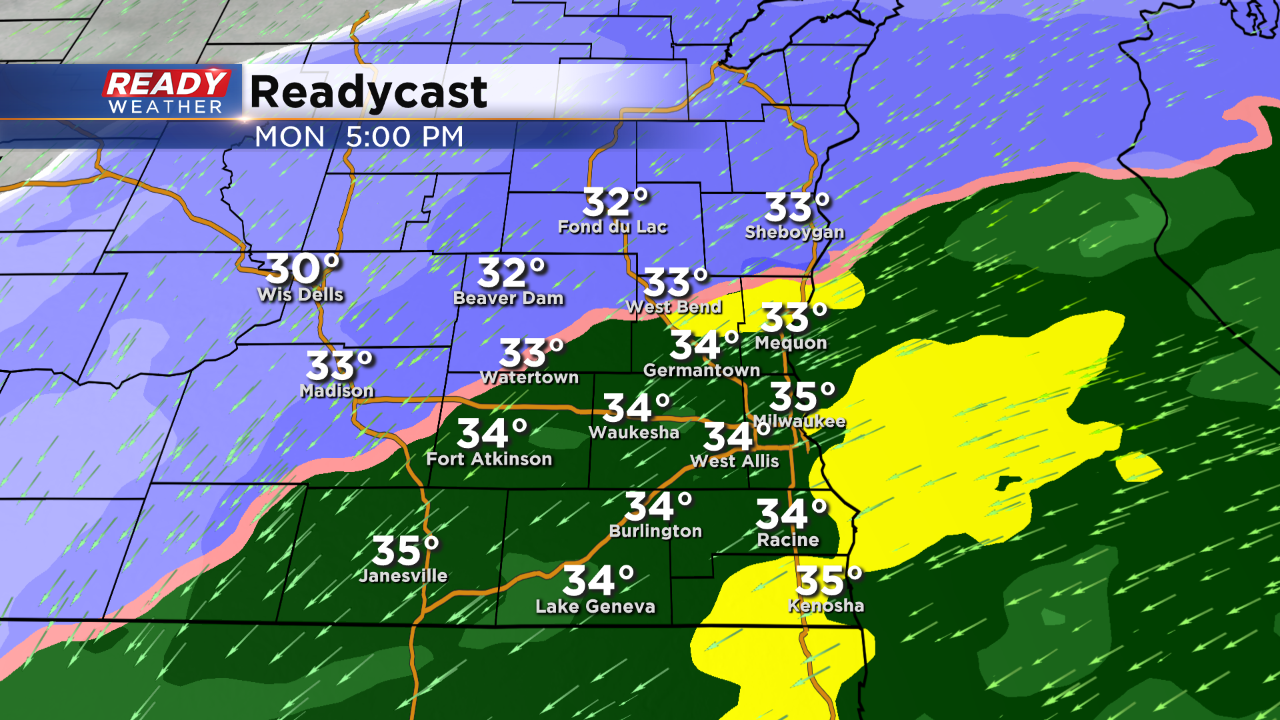 Totals for this system continue to be on track.

(12 pm update): Rain is finally piling into the viewing area right now.  The northwestern corner of southeastern Wisconsin is dealing with a mix - likely freezing rain, sleet, or big snowflakes! Expect that snow to slowly march in from the northwest late this afternoon and cause headaches for the evening commute.  The northern spots could see 2"-4", while the rest of the metro could see up to 1".

(9 am update): We are keeping a very close eye on the progression of the precipitation, which by the way is still mainly south of Wisconsin.  Some of the rain/freezing rain is edging into the extreme southern parts of the area.  Most of the precipitation that falls this morning and early afternoon will be rain.  The switch-over is still expected late this afternoon and evening from NW to SE.

A very complex weather system will impact southeastern Wisconsin to finish off the 2018 year. Expect precipitation to start Monday morning, a wintry mix and rain, which will cause some major travel headaches. Due to this threat, a Winter Weather Advisory has been posted for all of the viewing area for the rest of the morning. The frozen precipitation will switch to rain for most of the region, then slowly transitioning to snow by the afternoon and evening. The northern corner of the area will have the best odds to see the highs amounts of snowfall. 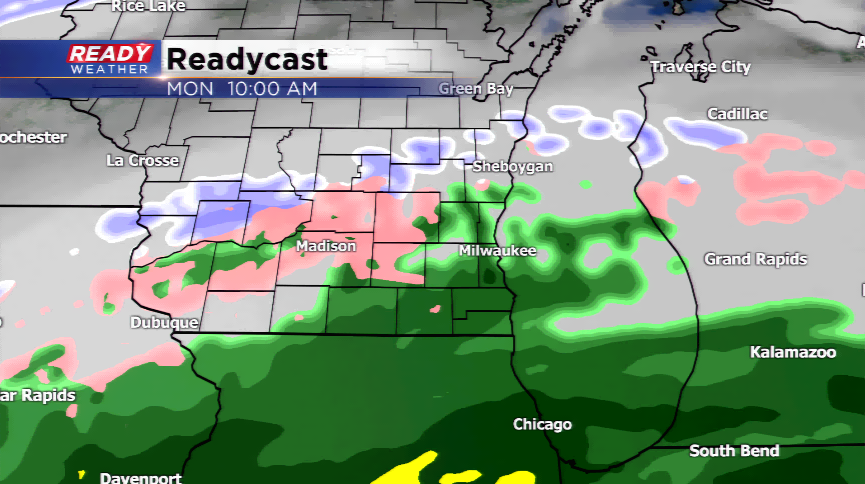 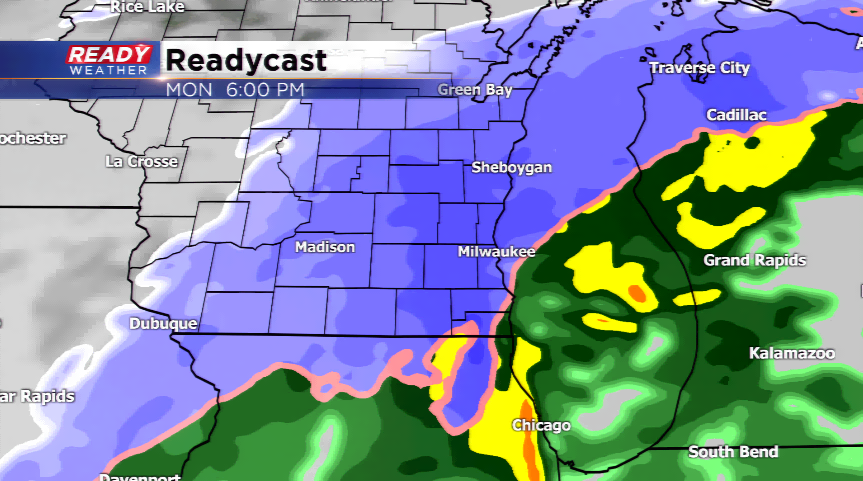 Snowfall totals by New Year’s Day will be 2”-4”+ in far northern sections of southeastern Wisconsin including Fond du Lac, parts of Sheboygan and northern Dodge, too. The farther south you go around the metro the less snowfall. With the ugly weather in the forecast for tonight’s festivities, please plan ahead. It could be a nasty travel! The precipitation will end by tomorrow morning, if not earlier. Winds will pick up tonight and tomorrow out of the north ushering in much cooler air. 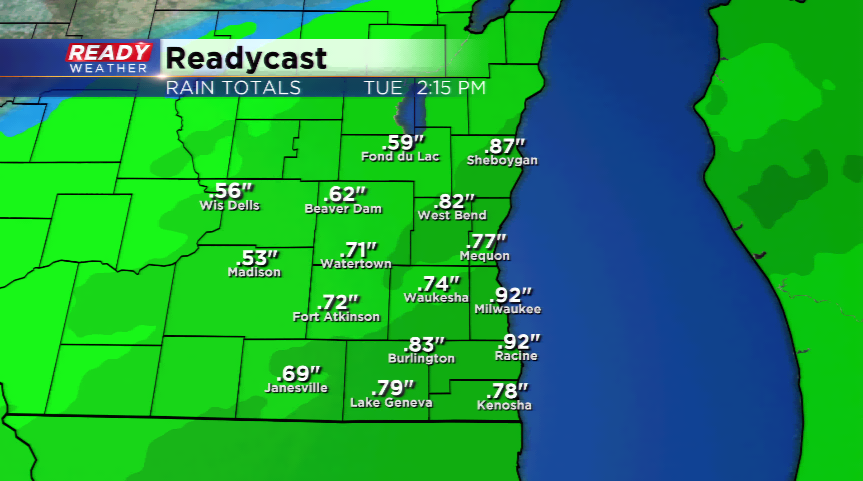 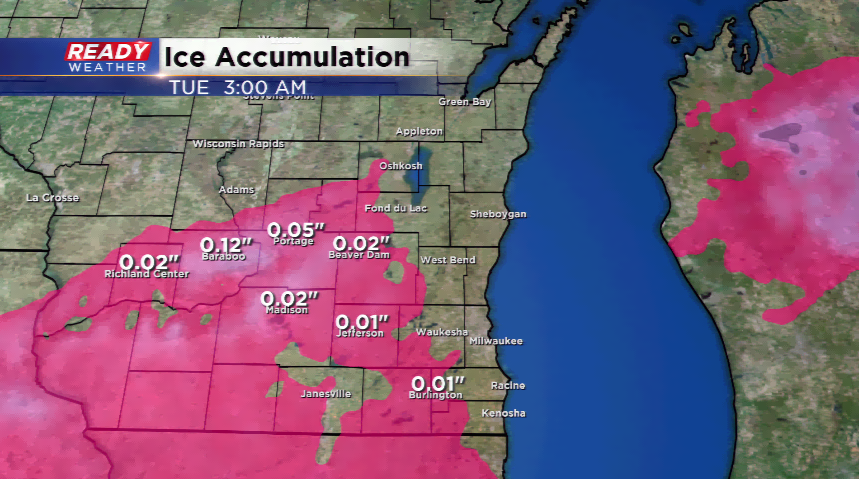 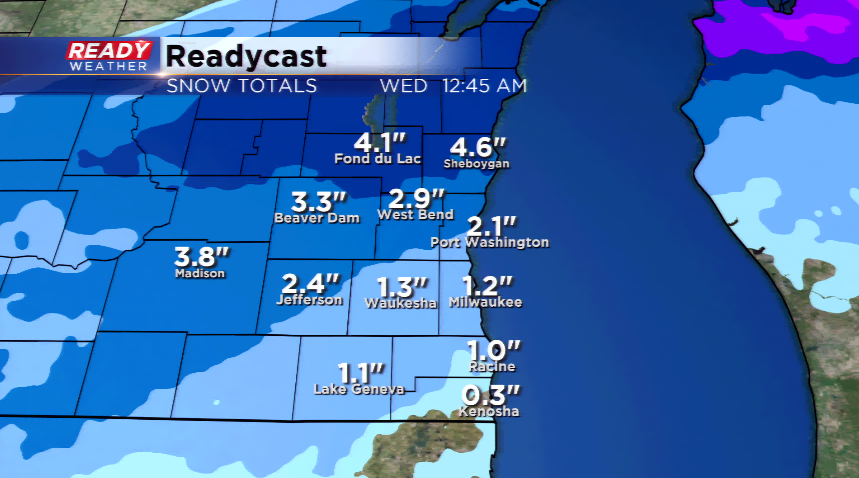