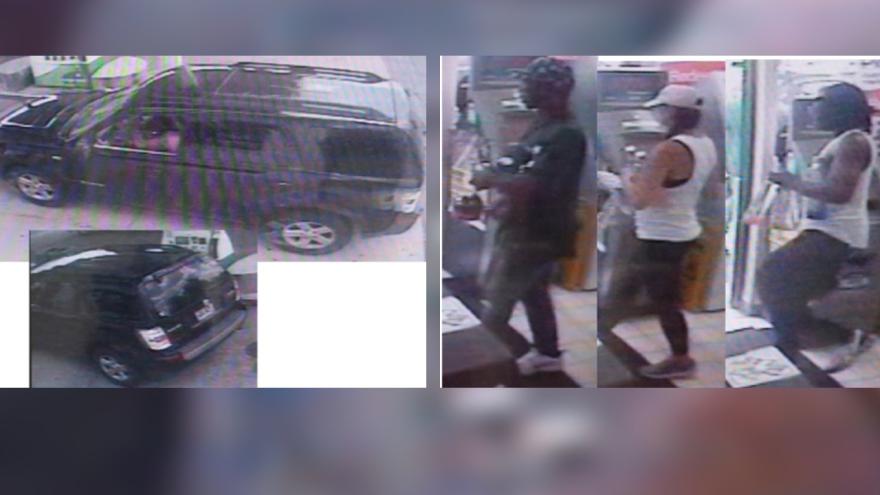 MENOMONEE FALLS, Wis. (CBS 58) -- Menomonee Falls police are seeking the public's assistance in finding the suspects involved in a retail theft at a BP gas station.

Police say they stole liquor from the gas station at 1:19 p.m.

The suspects are two males, one white female and a driver that police have not identified if they are a man or woman.

Police also say the suspect with the white tank top has been involved in two prior thefts at this BP location.