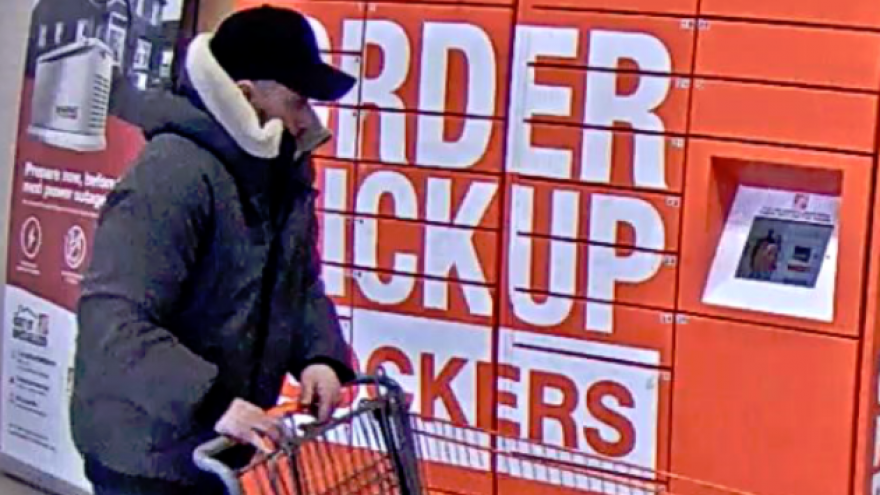 MENOMONEE FALLS, Wis. (CBS 58) -- The Menomonee Falls Police Department is searching for the suspect who stole a woman's purse and used her banking cards at a Home Depot.

According to police, the suspect stole the purse and cards from inside a vehicle that was briefly left unattended.

The suspect then fraudulently used the cards ten minutes later at the Menomonee Falls Home Depot.

Police believe the suspect may be involved in other similar crimes in surrounding areas.

Anyone who can identify the suspect is asked to call Menomonee Falls police.