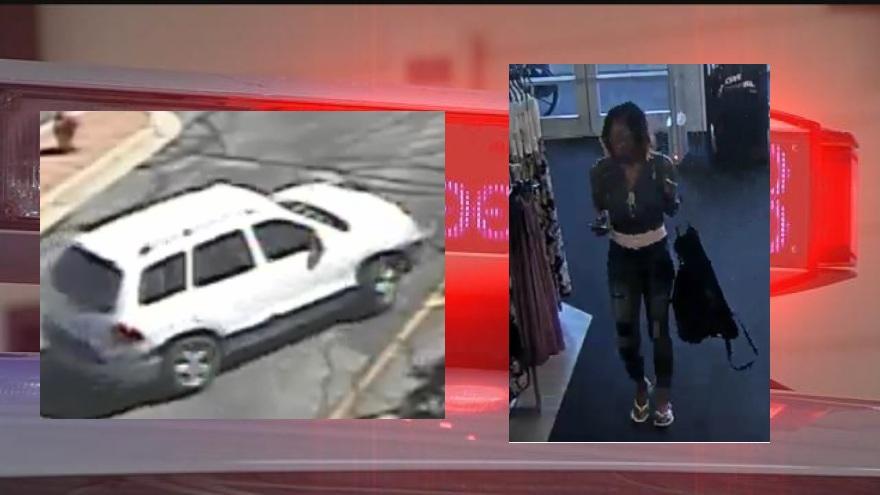 A female suspect entered the business around 3 p.m. on Wednesday. Police say she selected multiple clothing items and fled the store without paying. 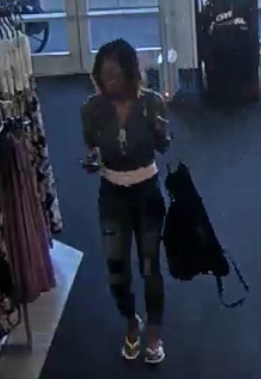 The suspect allegedly got into a white 2000-2006 Hyundai Santa Fe that was circling the parking lot until the suspect fled the store. 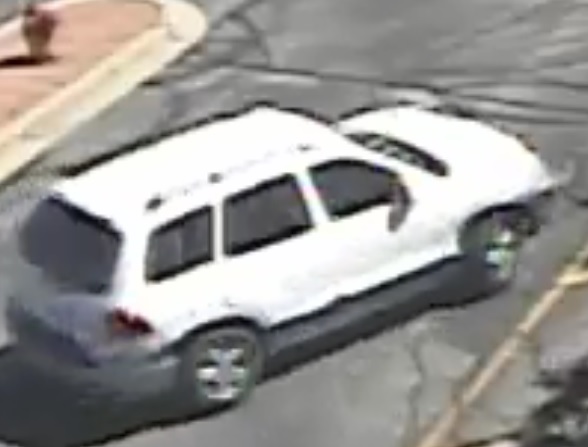 The vehicle had damage to the rear tailgate consistent with being rear-ended. 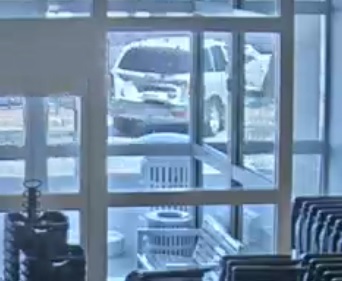 The female suspect is described as having a thin build, 5'7-5'10 tall, with red highlighted hair.