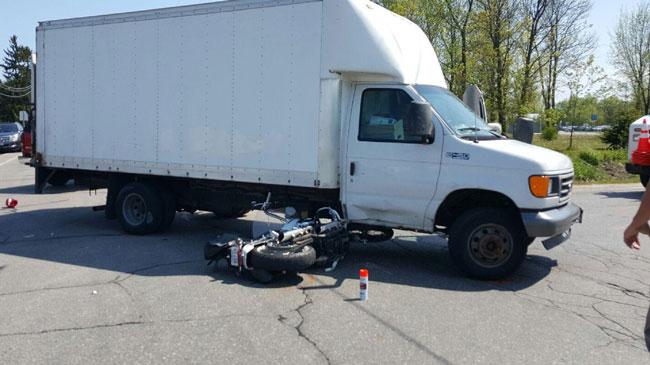 A Menomonee Falls man was taken by Flight for Life to Froedtert Hospital after a motorcycle accident in Cedarburg, according to Ozaukee County Sheriff’s Office.

Around 2:15 pm on Thursday a Ford box truck, driven by 67 year old Samuel Fluhr of Grafton, was traveling northbound on Washington Avenue in the Town of Cedarburg.

The box truck attempted to turn westbound on Sycamore Drive, failing to yield to the southbound motorcycle. The motorcycle struck the box truck.

Bardele was taken by Flight for Life helicopter to Froedtert Hospital with serious injuries. Fluhr was taken to a local hospital for non-life threatening injuries.

Fluhr was issued a citation for failure to yield right of way.