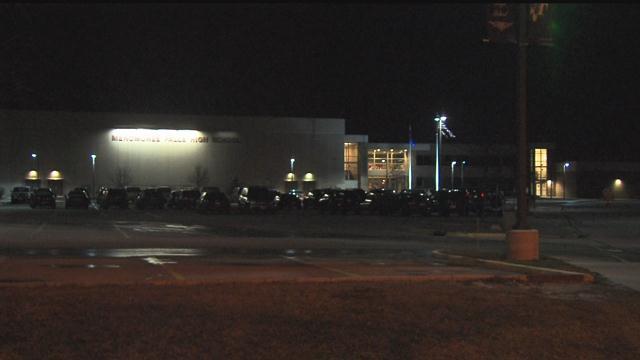 A staff member at Menomonee Falls High School resigned after being accused of an inappropriate relationship with a student.

CBS 58 obtained a copy of the letter district leaders sent to parents. It states student safety and well-being is the district's highest priority, which is why it wasted no time looking into these serious allegations.

On December 11, the district said it received information about the possible misconduct that violates policy and state laws. Officials started an investigation and put the staff member on administrative leave, but now, that person is no longer with the district.

In a statement, the district said it "promptly investigates any concerns regarding student safety while also insuring that any such investigation is handled professionally and respects the confidentiality of all persons involved."

Because this is a personnel matter, the people involved are not being named. The Menomonee Falls Police Department is expected to refer charges to the Waukesha County District Attorney's Office next week. The Wisconsin Department of Public Instruction has launched its own investigation.

You can read the district's full statement below:

On Friday, December 11, 2015, the School District of Menomonee Falls Leadership received information that a high school staff member may have engaged in an inappropriate relationship with a student that violated the District’s code of professional conduct and harassment policy.  The staff member, who was placed on administrative leave pending the District’s investigation, is no longer employed with the district.  The District is continuing to gather additional information.

The safety and well-being of our students is the highest priority for the School District of Menomonee Falls.  The District takes this responsibility seriously and promptly investigates any concerns regarding student safety while also insuring that any such investigation is handled professionally and respects the confidentiality of all persons involved.  When appropriate, we partner closely with the Menomonee Falls Police Department.  The District is prohibited by law from discussing any specific personnel or student matter.

All media contacts should be directed to Superintendent Dr. Pat Greco or Megan Sheridan, director of communication & community outreach.

The District will not be making any other statement at this time regarding this personnel matter.