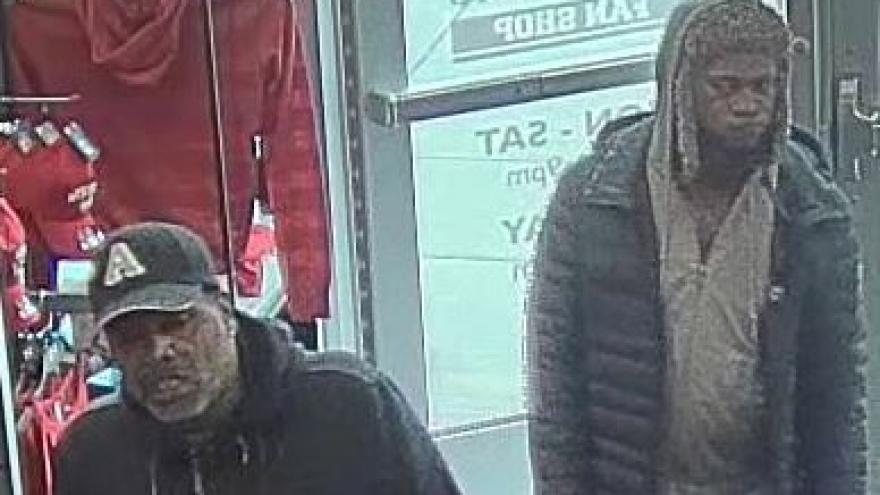 Police say it happened on April 11 around 5:35 p.m. The two suspects are identified as black men. One of the suspects distracted an employee while the other concealed the onesies in his shirt, according to police.