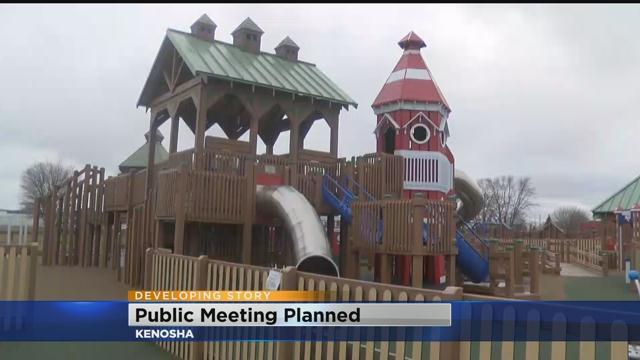 The city of Kenosha is planning a public meeting specifically addressing the recent closure of park accessible to children with disabilities. City officials say safety issues with the park's rubber flooring is the reason behind the closure.

Kenosha's Dream Playground has been closed since mid-March after the rubber flooring failed a series of safety tests.

It's had only opened back in October after community members raised upwards of $1 million to see its completion.

The closure is a major setback for the group which turned over its leadership role to the city. However, because of this recent setback, some members of the group are staying involved.

"Unfortunately a little bit of human nature is to go negative and to be really dramatic and kind of sensationalize it. And some people in the community are willing to pose blame and point fingers. And I don't really think it's very productive at this point to actually do that. I think it's more productive to say 'Hey, we've arrived at this unfortunate situation. what are the possibilities for solving it?'," Tammy Conforti, an original member of the Kenosha Dream Playground Team, said.