MILWAUKEE (CBS 58) -- The family of Bryan Rodriguez has issued a statement.

"On behalf of myself and the family of Bryan Rodriguez we would like to thank the City of Milwaukee, the Police Department and Bryan's extended DPW family for their continued support and efforts during this time. Bryan enjoyed long rides on his Harley and cooking on the grill for his family and friends. He enjoyed seeing everyone positive and having a great time. Bryan was close to all of his family and we are having a hard time grasping his loss. No seconds pass without Bryan in our minds and hearts. - Paula Rodriguez"

MILWAUKEE (CBS 58) -- The Milwaukee city worker who was killed in a hit-and-run crash on Friday is being identified as 54-year-old Bryan Rodriguez.

Milwaukee Mayor Tom Barrett said in a press conference that Rodriguez was filling potholes when he was hit. He joined the city's Department of Public Works in June 2017 as a city laborer.

Police say the crash happened at 8:15 a.m. Friday near the intersection of Vine and 17th Street. The driver ran from the scene.

Mayor Barrett said a person is in custody connected to the crash. A procession of DPW vehicles followed the hearse carrying Rodriguez's body from Froedtert Hospital to the Milwaukee County Medical Examiner's Office on Friday afternoon.

"It is with great sadness that we come together to mourn the passing of another public servant, senselessly killed while doing his job on the streets of Milwaukee.

At approximately 8:15 a.m. today, an employee of the Department of Public Works Infrastructure Division was filling potholes as part of a street repair crew in the 1800 block of N. 17th St. A car struck the crew member, pinning him to his truck. First responders were on the scene immediately, but the crew member died later at the hospital of his injuries. The driver of the vehicle fled from the car and Milwaukee Police are searching for him.

Our thoughts and prayers are with the family, friends and co-workers of our DPW brother. We grieve with all of you and offer our condolences to his DPW colleagues and his loved ones.

MILWAUKEE (CBS 58) -- A Milwaukee city worker is dead after a hit-and-run crash on the city's north side.

CBS 58 has learned the victim was a Milwaukee DPW worker. The car that hit him is badly damaged and still inside the crime scene, but the driver ran away.

Milwaukee Police have set up an incident command post down the street and city investigators from multiple departments have been steadily arriving on scene.

Police say it happened at 8:15 a.m. Friday near the intersection of Vine and 17th Street. The 54-year-old worker was taken to a local hospital but did not survive his injuries.

A woman who works nearby says it has been a difficult week for city workers.

"I don't wish a death on anybody. And then it's just a tragedy for the city of Milwaukee because we just lost an officer a couple of days ago and now we've got a city worker getting killed. Hit and nobody is going to step up and take ownership of this and it's wrong," says Dominque McGhee.

Alderman Bob Donovan says he expects more information from the city sometime Friday. An autopsy has been scheduled for Monday.

MILWAUKEE (CBS 58) -- Milwaukee Police say a 54-year-old was killed in a hit-and-run on Friday morning. 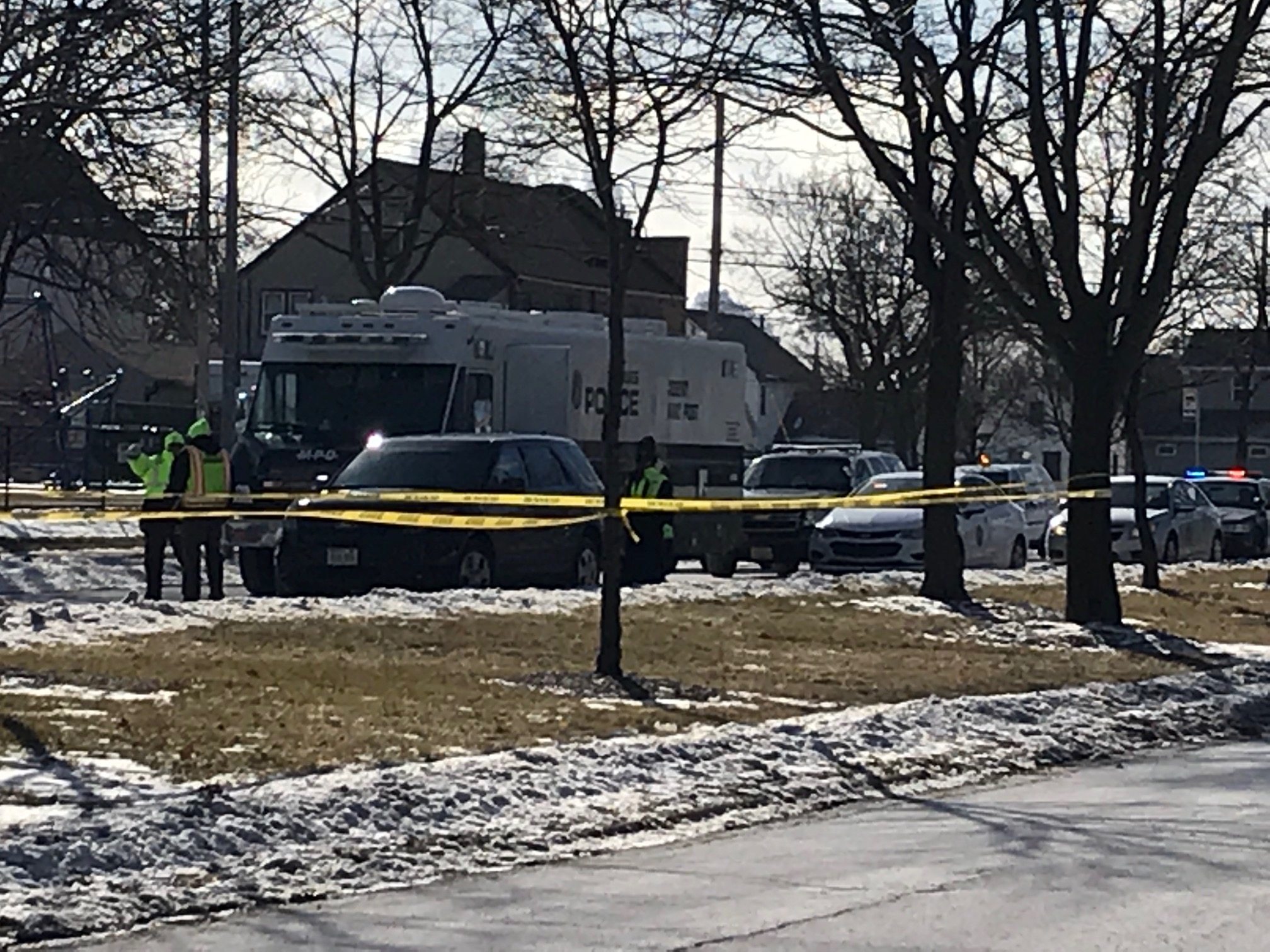 The man was taken to a local hospital where he died from his injuries.

Milwaukee Alderman Bob Donovan confirms that the man was a DPW worker.

Milwaukee Police are still searching for the driver who left his vehicle on scene. 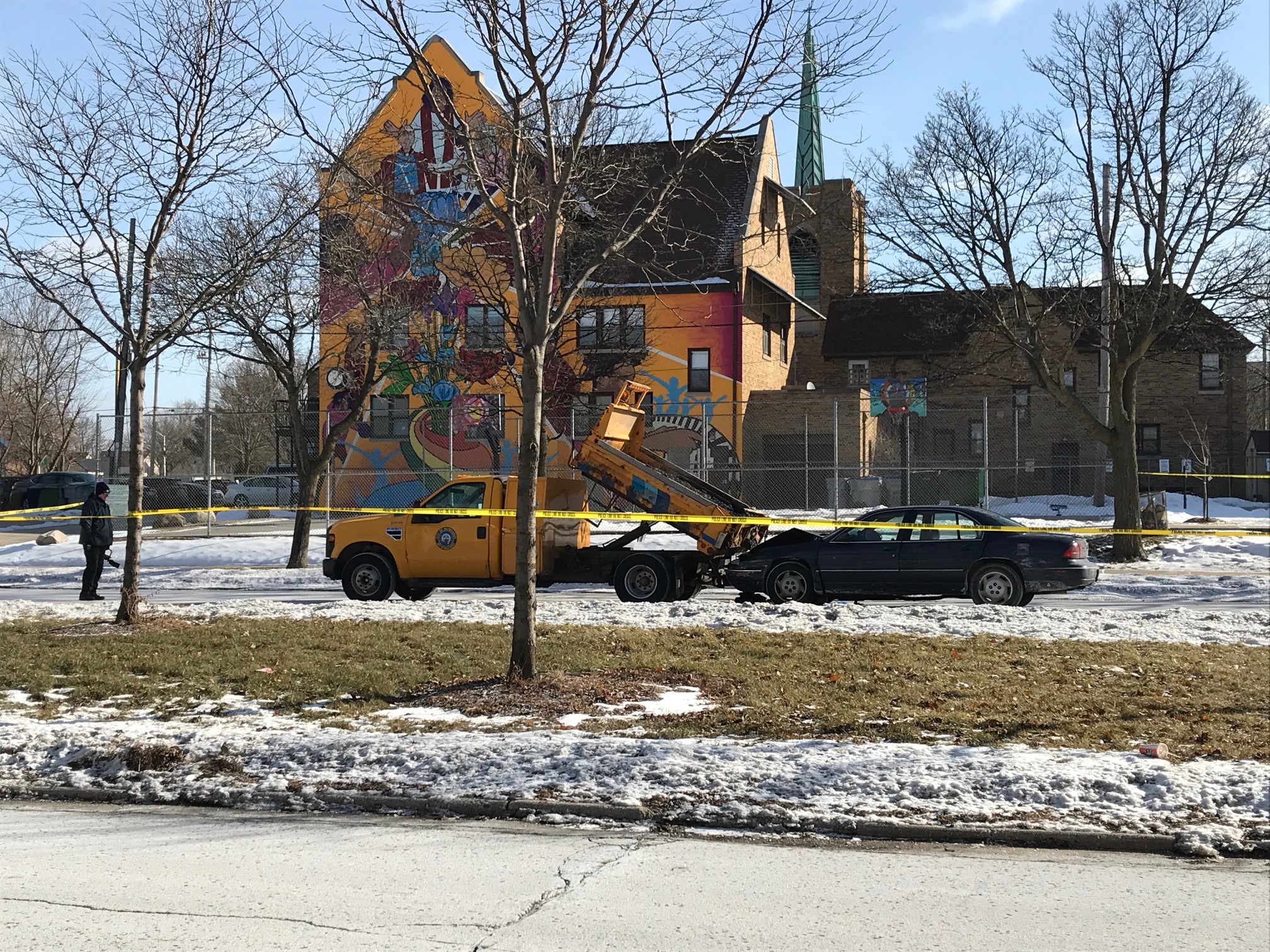 It happened on Friday morning near 17th and Vine.

Police are not releasing any details regarding what led up to the death.