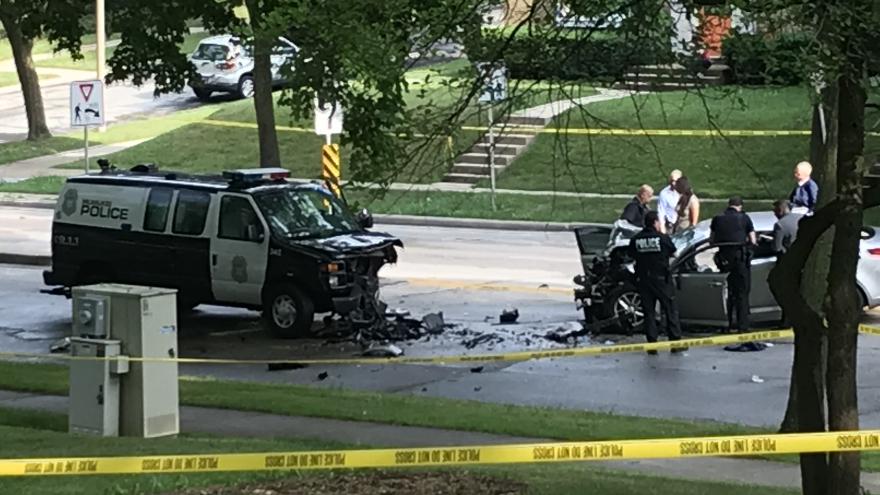 Authorities say the squad was traveling westbound near Oklahoma and Logan Avenue when a vehicle that was traveling eastbound crossed the center line into oncoming traffic and struck the squad head-on.

The driver of the striking vehicle, a 27-year-old Milwaukee man, sustained fatal injuries.

The passenger of the striking vehicle, a 25-year-old Cudahy woman, sustained non-life threatening injuries and was taken to a local hospital for treatment.

The officer driving the MPD squad, a 54-year-old man and 17-year veteran of the department, sustained non-life threatening injuries and was taken to a local hospital.

Police say the circumstances leading up to the accident are under investigation.

MILWAUKEE (CBS 58) -- The Milwaukee medical examiner was called to the scene of a crash near Logan and Oklahoma Avenue Tuesday evening, July 7.

According to MPD, a police van was struck head-on by another vehicle.