Medal of Honor recipient to visit future soldiers in Milwaukee 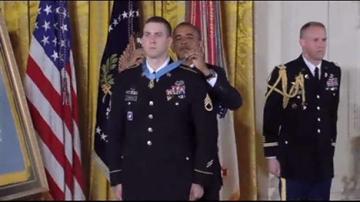 Sgt. Pitts earned the Medal of Honor after fighting in a bloody battle in Afghanistan in 2008.

Nine soldiers were killed in what Pitts remembers as the most intense fight he'd ever been in.

Pitts was wounded in the fight and grenades and machine guns were used during the battle.

CBS 58's Matt Doyle has more on the special visit.