MCTS driver, passenger help woman on crutches who fell in front of bus 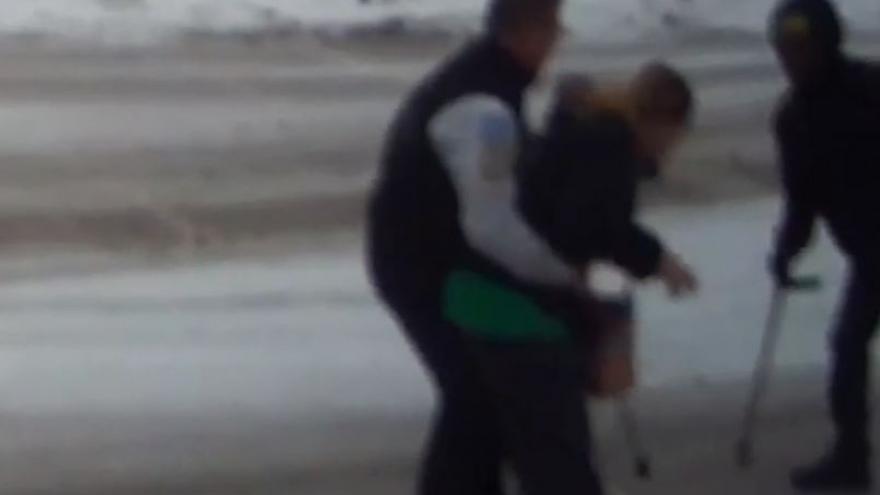 MILWAUKEE (CBS 58) -- The Milwaukee County Transit System (MCTS) is recognizing one of their own after a woman on crutches fell in the street in front of a bus.

MCTS says driver Michael Karges was in the area of 76th and Cold Spring Road around 4:30 p.m. February 5 when he saw the woman fall on the slippery street. He then stopped the bus and ran out to help her. Karges and a passenger then helped the woman cross the street and get to a store two blocks away.

The whole thing was caught on camera. See the interaction below:

Woman on crutches falls in front of MCTS bus from CBS 58 News on Vimeo.