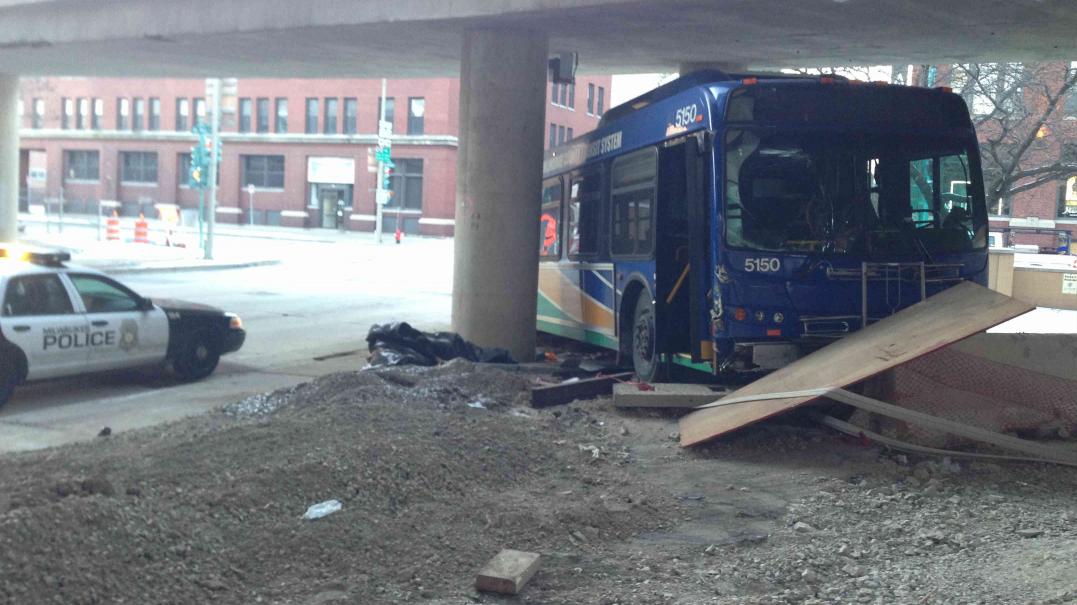 Milwaukee Police say a taxi cab was involved in a crash with a MCTS bus near Milwaukee's Third Ward. The crash sent the bus careening into an I-94 system overpass and some damage is evident. The cab driver was taken to Froedtert Hospital with a head injury.

The crash occurred on Milwaukee Street near the intersection of St. Paul Avenue. The bus became wedged beneath the system ramp, which had to be closed for a little more than an hour. The ramp has since reopened and the bus has been towed from the scene.

The Milwaukee Fire Department reports getting called to the scene at 5:26 a.m.

No one aboard the bus was injured when it crashed.  Police have not said what may have caused the crash.