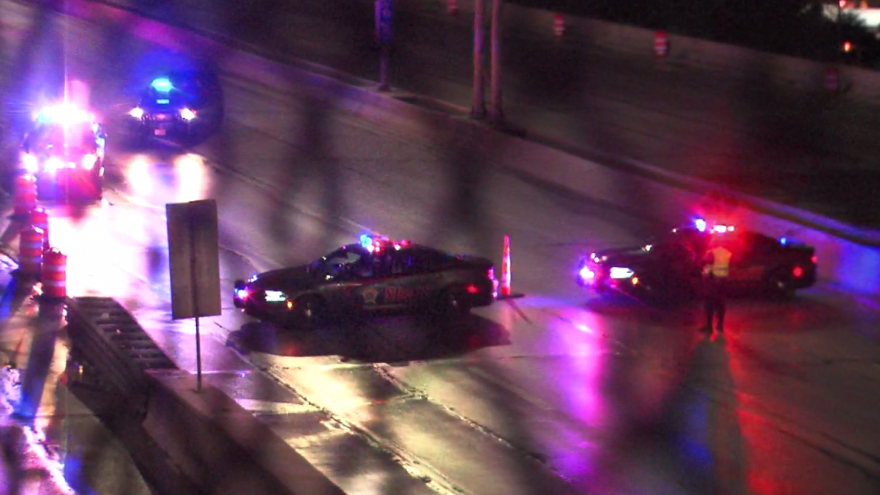 UPDATE (CBS 58) -- Deputies responded to a report of shots fired on I-94 westbound at Mitchell around 2 a.m., Wednesday, July 15. According to the Milwaukee County Sheriff's Office,  the victim stated he was driving his semi-truck westbound on I-94, approaching 35th Street, when a vehicle swerved towards his vehicle.

Police say the victim honked his horn and then heard what he believed to be four to five gunshots. The deputies responded and observed four bullet holes in the driver's side of the semi-truck. Officials say there were no injuries.

The freeway was closed from 27th to Mitchell for nearly two hours.

The Milwaukee County Sheriff's Office was on-scene for nearly two hours investigating, while the highway was closed.

MILWAUKEE (CBS 58) -- The Milwaukee County Sheriff's Office is currently investigating shots fired at a semi along I-94 westbound just after the Marquette Interchange.

All lanes are closed westbound on I-94. Traffic is being diverted off the freeway at N. 26th St. and W. Clybourn St., and can reenter at 175 or Miller Parkway.