Officials: 2 dead in crash on I-43 near National Avenue 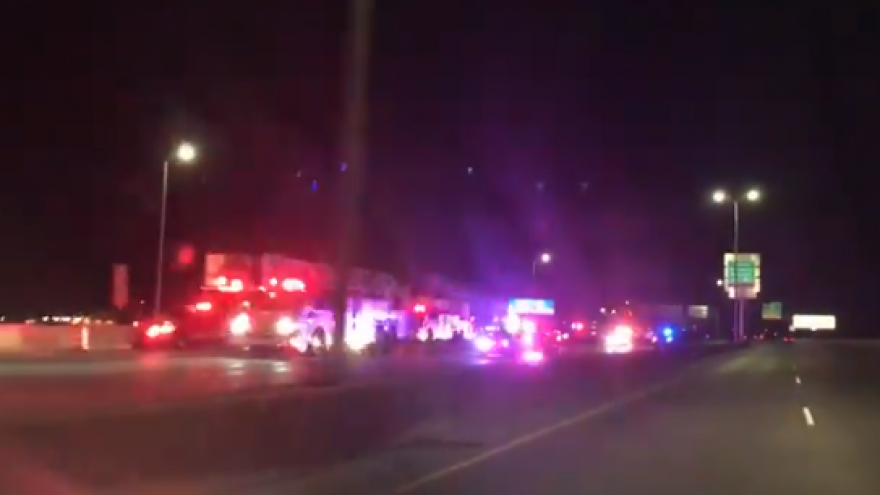 Authorities responded to the crash involving three vehicles around 2:10 a.m., on I-43 westbound at Canal Street.

Two occupants were extracted from their vehicles and administered life-saving measures by the Milwaukee Fire Department.

The drivers of a gray Jeep and a GMC Sonoma pickup truck were pronounced dead at the scene. The driver and passenger of the third vehicle, a red Toyota, were uninjured.

An investigation suggests the Jeep struck the median causing it to roll over, partially ejecting the driver. The Jeep was then subsequently struck by the GMC and Toyota.

An investigation is ongoing by the Milwaukee County Sheriff's Office.

All northbound lanes were closed near National Avenue for hours.

MILWAUKEE (CBS 58) – The northbound lanes of Intestate 43 are reopen following a fatal crash.

Update: All lanes northbound on I-43 west of Canal St. have reopened. More information will be forthcoming regarding the 3 vehicle fatal crash investigation.

MILWAUKEE (CBS 58) – The Milwaukee County Medical Examiner’s Office is responding to an early morning crash on Interstate 43 on Monday, November 16.

Plan ahead and use your alternates. @CBS58#ReadyTraffichttps://t.co/yK8LQ11seVpic.twitter.com/K31piNS0Z3

According to the sheriff’s office, all northbound lanes on I-43 are closed west of Canal Street due to the crash.

Traffic is being diverted off the highway at National Avenue.