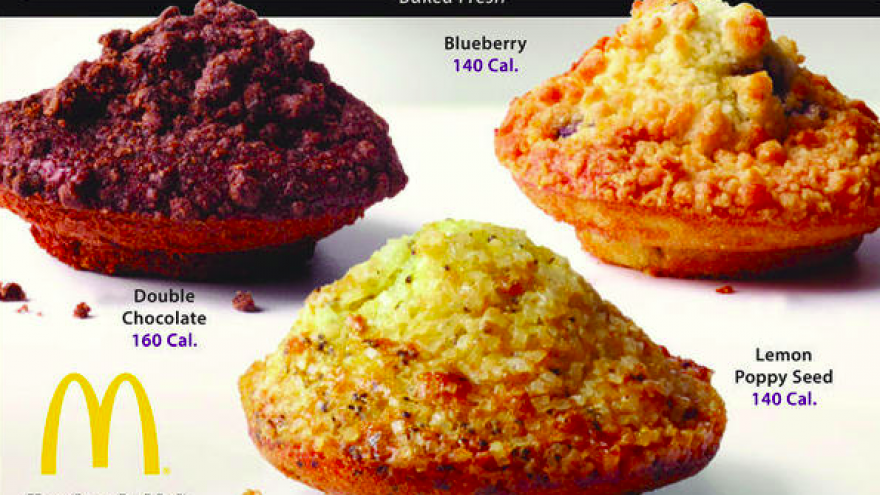 (CBS NEWS) -- In a gambit to reclaim sagging breakfast sales, McDonald's is taking a page from a "Seinfeld" script.

McDonald's is looking at selling just the tops of muffins -- "the best part," according to TV character Elaine Benes in a classic 1997 episode of the popular sitcom -- as the fast-food giant strives to bring back lost breakfast customers.

Consumers can "expect to see an elevated McCafé experience in our modernized U.S. restaurants – delicious menu items like muffin toppers, coffee cakes, apple pies with lattice crusts that are baked in-restaurant," a McDonald's spokesperson emailed. "Beyond McCafé, we are currently testing catering at breakfast in 195 Orlando-area restaurants."

While McDonald's declined to elaborate further, the company has been trying out the muffin-top idea in parts of the country since last year, with its muffin toppers -- lemon poppy seed, blueberry and double chocolate -- getting some attention on YouTube and in other online venues.

Since announcing all-day breakfasts in 2015, McDonald's has seen overall sales in the U.S. soften. The globe's largest restaurant company is now looking to take back breakfast customers who've since gone elsewhere.

Taco Bell started selling breakfast in 2014, and Jack in the Box offers breakfast all day.